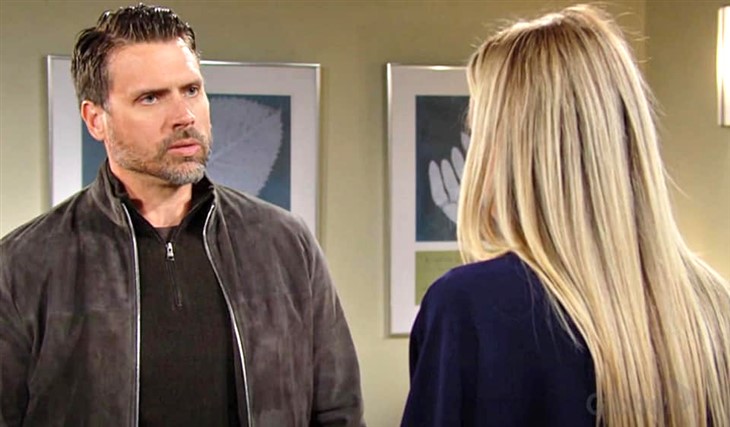 The Young and the Restless spoilers document that Sharon Rosales (Sharon Case) was only married to Nick Newman (Joshua Morrow) one time. Shick divorced fourteen years ago in 2007, which is an even longer period on the soapy calendar.

Y&R’s intriguing Crimson Lights scenes placed Sharon and Nick together during an episode that featured the former two-time Phack at the Abbott mansion. Jack Abbott (Peter Bergman) poured his heart out to Phyllis Summers (Michelle Stafford), who is fully committed to Nick. And Nick is committed to Phyllis, right?

The last paragraph ended with a partial question, as Phick seems solid. However, Sharon surely does not see Rey Rosales (Jordi Vilasuso) as the love of her life.

The Young And The Restless Spoilers – Shey Represents A Settling Storyline

Rey has seemed like a safe match for Sharon during the entire time that they have been together. But Rey is clearly in love with Sharon, which is why he gets so incensed whenever Adam Newman’s (Mark Grossman) name is mentioned.

Sharon is not insecure. Instead, her feelings are conflicted. She maintains a love for Adam that contrasts with the feelings of stability Rey affords.

Shey also isn’t Shick. Sharon and Rey do not have a passionate love story or children of their own. That, and the shortness of their history, means that this thin coupling could be written away at any point in the plot.

There were two occasions where Nick reunited with Sharon and was going to remarry her. Shick made it to the altar both times but did not complete either ceremony.

One wedding fail could be chalked up to the trials and travails of daytime. But the second flop was a hard gut punch to all loyal fans who simply wanted this classic Y&R pairing to be given a fair shot at redeeming their broken love story.

Nick will have to fall out of love with Phyllis or leave her due to her betrayal for a Shick re-pairing to be possible. At this point in the story, it is implausible to project Nick willfully breaking trust with Phyllis by reigniting a romance with Sharon.

The Young And The Restless Spoilers – Shick Fans Provided With Nostalgia

There have been many instances in years past where the writing staff openly gave devoted Shick fans fodder. Sharon and Nick would be written together because of some crisis involving their children or willingly participate in some adventure together.

The Young and the Restless (Y&R) Spoilers: Jamison Jones To Debut as Lawyer Jesse Gaineshttps://t.co/2aM2ShaXCQ

It is hard to know why this one-time beloved couple was never reunited through to marriage after the infinitely controversial decision to kill off Cassie Newman (Camryn Grimes), as part of a plan to have Case and Morrow’s characters go their separate ways. But it happened. All these years later, the audience saw Sharon and Nick at Crimson Lights in a throwback series of scenes.

The historical dialogue and each character’s shared feelings probably represented nothing more than nostalgia. But Shick fans will keep hoping for a remarriage someday.