Days Of Our Lives Spoilers: Lucas Catches Up With Kate And Roman 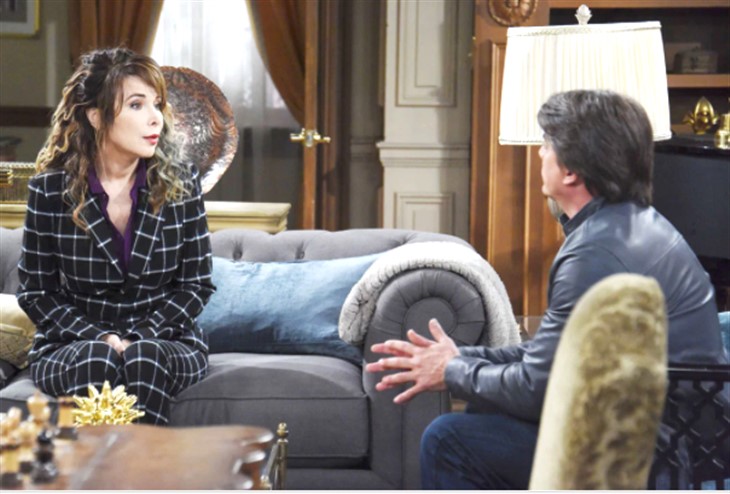 Days of our Lives (DOOL) spoilers and updates tease Lucas Horton (Bryan Dattilo) wants to check in on his family. Lucas has been laying low. Lucas had an affair with Sami Brady DiMera (Alison Sweeney). Sami’s husband EJ DiMera (Dan Feuerriegel) found out about the affair and threatened Lucas and Sami. Lucas does not know that Sami is missing. He thinks that Sami left Salem to clear her head for a short time. He has decided the come to find out how his mother Kate Roberts (Lauren Koslow) and his former step-father Roman Brady (Josh Taylor) are doing.

Lucas will want to make sure that Kate is doing well. Kate has been working at DiMera Enterprises for EJ and his brother Chad DiMera (Billy Flynn). She has been getting over the break up that she had with Jake DiMera (Brandon Barash). Kate had hoped that she would be able to stay in a relationship with Jake but he wanted to be with Gabi Hernandez (Camila Banus). Kate has been concerned about her son Philip Kiriakis (Jay Kenneth Johnson) hiring Jake to work for him at his family company. She believes that Jake and Gabi will cause Philip some trouble. Lucas will want to help Kate to help Philip if Jake and Gabi betray him.

Lucas still cares about Roman even though he is no longer his step-father. Roman has been a good part of Lucas’ life. He wants the best for Lucas and wants him to sort out his romantic life with Sami. Roman has been able to help Julie Olson Williams (Susan Seaforth Hayes) and Jack Deveraux (Matthew Ashford) when they were looking for Julie’s husband Doug Williams (Bill Hayes). Julie was frantic when she and Jack could not find him. Roman called Julie to tell her that Doug was safe at his restaurant Brady Pub. Lucas will be relieved the find out that Roman was able to help Julie and Jack with Doug. Lucas knows that Roman wants to help others with their problems.

Days of our Lives Lucas may find out that Kate and Roman have been getting closer again. Kate did not have a good relationship with Jake in the end. She needs to find a good man to be with. Will Lucas want to see Kate try to get into a relationship with Roman again? Lucas knows that Roman would be good for Kate. Will Lucas encourage Roman to think about dating Kate? Lucas may try to get Roman and Kate back together. Be sure to catch up on everything happening with DOOL right now. Come back here often for Days of Our Lives spoilers, news, and updates.