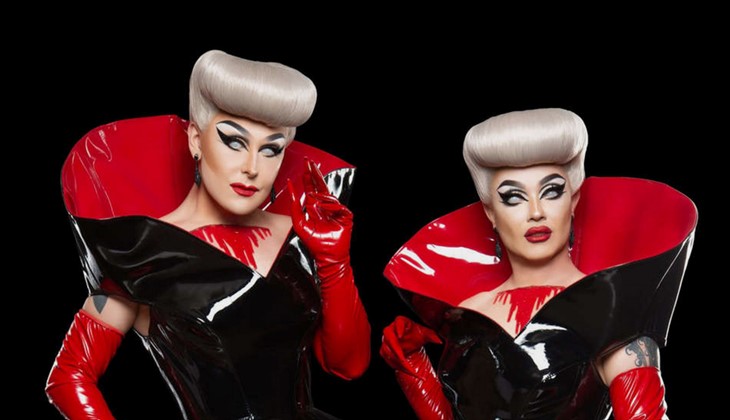 The Boulet Brothers hosts of the popular horror-themed drag competition, Dragula, has divulged the new cast for the upcoming fourth season of the show just in time for All Hallow’s Eve.

According to Entertainment Weekly, the hosts for the popular alternative drag competition that celebrates all things horror, drag, and punk unveiled the addition of RuPaul’s Drag Race alum and Taylor Swift music video star, Jade Jolie, and Resurrection’s, Saint to the Dragula mix.

Also in the mix is the show’s first competitor, hailing from South Korea, Hoso Terra Toma, along with the winner of Alaska’s Drag Queen of the Year pageant, Astrud Aurelia, who appeared on Drag Race Season 3 and the Resurrection special.

Dragula debuted in 2016 and, since then, the competition has become a hit among fans for its over-the-top challenges that have has competitors eating bugs, jumping out of airplanes, piercing themselves with giant needles, shocking themselves, getting ridiculous tattoos, and brawling in the dessert.

Each episode naturally has a loser but, in lieu of elimination, the lowest ranking contestant is killed off in an elaborate scene that has the Boulet Brothers exterminating them in ever strange and campy ways.

Fans will recall that the coronavirus really put some wrenches in the Drag industry’s gears back in 2020, forcing many to take different approaches to make ends meet but, this year has seen it slowly returning to at least some semblance of normal.

Astrud Aurelia shared a taste of what’s to come on her Instagram page and captioned the image, “Y’ALL!!! DRAGULA SEASON 4!!! Can you even believe it? This spooky season is about to get real nasty.

Fans for both the reality stars are clearly ecstatic commenting things like, “CANNOT WAIT TO WATCH!” and “The Old Jade cannot come to the phone right now.”

Fans seemed even more excited for Astrud writing, “SHE SAID BRING ME THE MF CROWNNNNN!!” and “HELL YES! I’m so stoked for you icon! So excited to see what’s to come!” Keep checking Hollywood Hiccups for more RuPaul spoilers, news, and updates.