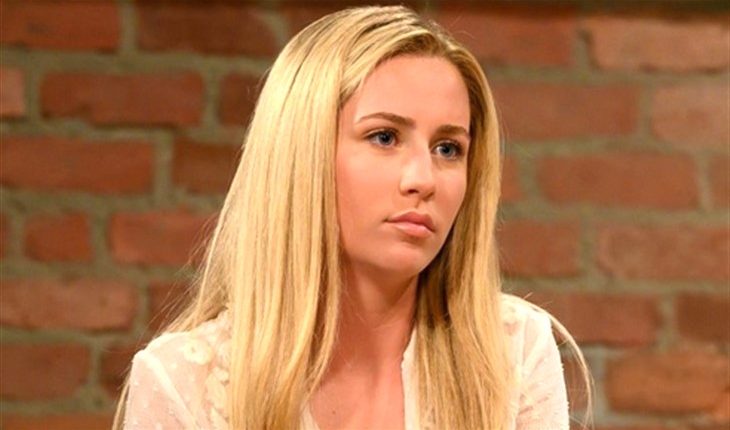 General Hospital viewers will recall that when Spencer first came to Port Charles, he called himself “Victor” after his great uncle Victor Cassadine (Charles Shaughnessy). Spencer didn’t want his father, Nikolas Cassadine (Marcus Coloma) or anyone else to know that he was in town as he did his stalking thing. Trina tells Josslyn about Spencer’s “secret identity” as Victor, the boy she was talking about and really starting to like, before his girlfriend Esme Prince (Avery Kristen Pohl) showed up.

General Hospital viewers will recall that Spencer hadn’t even mentioned a girlfriend to anyone, let alone Trina, and Esme just appeared out of nowhere! Josslyn is very upset at Spencer for his player behavior concerning Trina, and even though Trina has told her “it’s fine” Josslyn knows it isn’t and she has some choice words for the now grown up childhood friend slash pest!

General Hospital viewers will see that Joss doesn’t tell Trina that she’s taking up for her with Spencer for his mistreatment of her. Joss is boiling mad at the young Cassadine someday prince but she doesn’t let Trina know she’s going to “talk” to him. General Hospital viewers can expect it will be more of a confrontation than a talk! Spencer actually does like Trina but then Esme encroached on them!

As Josslyn starts to confront Spencer about Trina, and he tries to tell his side of it and defend himself, Esme encroaches again! It seriously makes one wonder if Esme is stalking Spencer, considering she shows up unexpectedly every time he is trying to talk to Trina, Joss, or even Cameron Spencer (William Lipton)! Spencer does manage to explain how much he cares about Trina though, before Esme interrupts again.

General Hospital viewers will recall how much success that Esme had trying to make friends with Trina – not one bit. Who can blame Trina? The only reason Esme was trying to befriend her was likely to make it awkward for Spencer to break up with her in order to date Trina! General Hospital viewers will also recall how sneaky Esme has been about some of what she’s been up to – even to Spencer. She went to the Jerome Art Gallery behind his back and harassed Ava Jerome Cassadine, (Maura West) and even snuck off at Spring Ridge to canoodle with Ryan Chamberlain (Jon Lindstrom)!

GH Spoilers: Nina Is In SO Much Peter August And Sonny Corinthos Trouble #GH #GeneralHospital https://t.co/ZMNN6OTDqd

This was while Spencer and she were there to visit his aunt Alexis Davis (Nancy Lee Grahn). Esme lied and said she was going to a vending machine. Even Ryan didn’t seem to trust her – and seemed to know she was bad news! Josslyn doesn’t trust her at all and when someone elicits a response like Ryan’s, she’s very bad news! Ryan even blinked “yes” in agreement at Alexis when Harmony Miller (Inga Cadranel) told Alexis that Esme seemed like she was bad news!