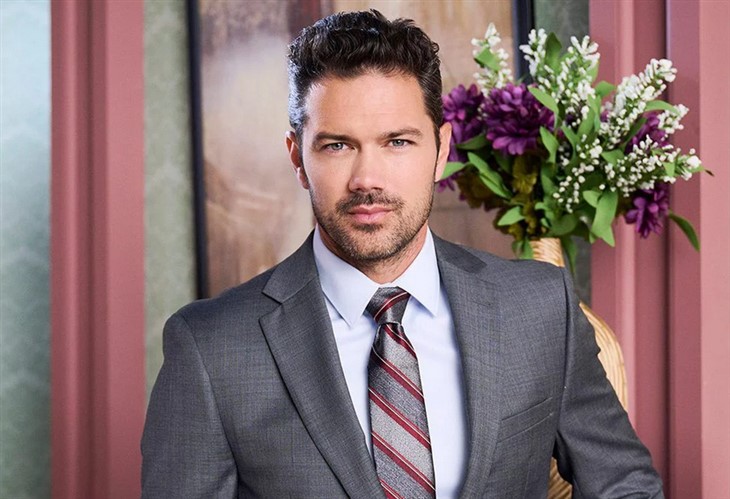 General Hospital (GH) spoilers indicate that alum Ryan Paevey (ex-Nathan West) has joined this year’s “Count Down To Christmas” lineup with a new movie “Coyote Creek Christmas.” This movie came up as soon as he finished his latest hallmark movie, “A Little Daytime Drama.” Paevey is certainly keeping busy since leaving GH.

The Hallmark Movie story deals with a woman Paige Parker (Janel Parrish) who offers to plan the annual office holiday party at the Coyote Creek Inn. The Inn is owned by her parents and is located in The Rockies. Paige is striving for a promotion at the event planning company where she is employed. Paige chooses the theme “Christmas Around The World” to show the diversity of Christmas traditions in other locations around the world.

Paige wants to do this through the Inn’s guests. Dylan Bailey (Ryan Paevey) is a real estate developer who is visiting the inn with his son. Unbeknown to Paige, Dylan, a single father, is a potential buyer of the inn which her parents have decided to sell. Will the magic of the holiday season seal not only the fate of the inn but Paige’s fate as well?

The General Hospital and Hallmark star has been a leading man in Hallmark Movies for some time. Paevey starred in ABC’s General Hospital from his debut in 2013 until his character died in 2018. However, GH was not his first acting gig. Paevey appeared in music videos by Robyn Thicke (2009), Tony Braxton (2010), and Christina Aguilera (2012). After leaving GH Paevey has starred in Hallmark movies, Unleashing Mr. Darcy, Marrying Mr. Darcy, Harvest Love, and more.

Hallmark has no shortage of leading ladies for Paevey in any movie either. Janel Parrish is an actress, singer/songwriter who has started in both Hallmark and Lifetime productions. Parrish is also known for the “Pretty Little Liars” franchise. Cindy Busby has co-starred with Paevey in the Dr. Darcy movies. Paevey has also starred in movies with Jen Lilly, a fellow soap star turned Hallmark favorite.

When Paevey is not making Hallmark movies, he keeps busy with his jewelry business. The business is called Fortunate Wanderer and is based in Los Angeles. One of his pieces was worn by GH co-star and widow Maxie Jones after Paevey gave her a necklace as a goodbye gift when he left GH. GH and Hallmark fans enjoy Paevey’s movies and look forward to seeing “Christmas At Coyote Creek” in the lineup this year.