The Bold And The Beautiful Comings And Goings: Hayes Finnegan Is The Center Of Attention 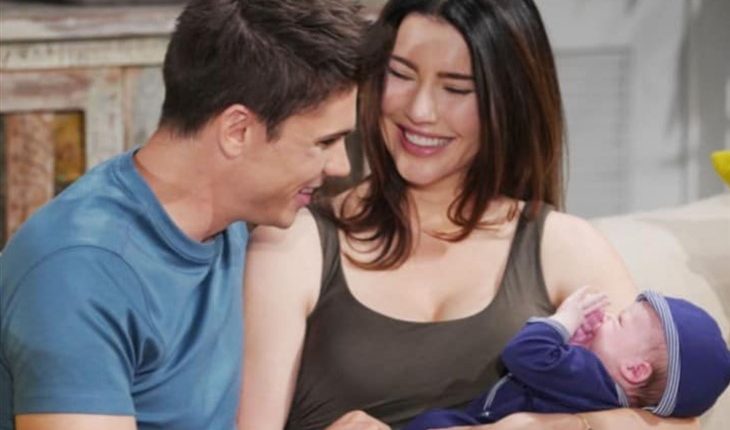 The Bold and the Beautiful (B&B) spoilers show that the comings and goings for the week of September 13, 2021 are remarkably stable given all that has gone down in LA lately. Maybe that’s for the best as the characters are still caught up in that natural disaster known as Hurricane Sheila.

Sheila Carter (KimberlinBrown) has been in town a matter of days and yet she has managed to turn everyone’s world upside down. She is John Finn Finnegan’s biological mom and this makes her Steffy Forrester’s monster-in-law. That is, she will be if Steffy ever gets off her bum and decides to forgive Finn and file those marriage papers!

The Bold And The Beautiful Spoilers – The week Of September 13, 2021 Brings a Baby Sighting

This week there will be another sighting of Sinn’s precious little baby Hayes Finnegan (Piper Harriot). But their lives are as wretched right now as little Hayes is innocent.

Sheila is to blame for all of the mistrust between Hayes’ parents, and subsequent firestorm of instability. She blew in on her broom with the express purpose of meeting Finn and Hayes, and this has sent Steffy into a berserk spin cycle of Sheila hate.

We almost expect Steffy’s head to start spinning around when she coughs out Sheila’s name. She hates, hates, hates Sheila and we can’t say that we blame her or that she doesn’t have good reason to.

Sheila is guilty of countless crimes and misdemeanors, starting with shooting Steffy’s mom Taylor Hayes (Hunter Tylo). And who isn’t wondering why Taylor isn’t in town to protect her daughter and grandson? Is there really any reason good enough to keep her away? Wouldn’t it be amazing to see Taylor take on Sheila again, with Steffy as her side piece. Maybe this will happen down the road but for now Steffy is planning to take down her nemesis all on her lonesome.

The Bold And The Beautiful Spoilers – What Will Happen During The Week Of September 13, 2021?

She wants Sheila nowhere near Hayes and fans will see the baby on Wednesday, September 15. Does this mean Sheila somehow gains access to the baby again? Steffy lost her marbles when she caught Sheila holding the boy and if this happens again, she is sure to have a major eruption.