Y&R Spoilers: Ashland Locke Confesses His Past To Victoria Newman 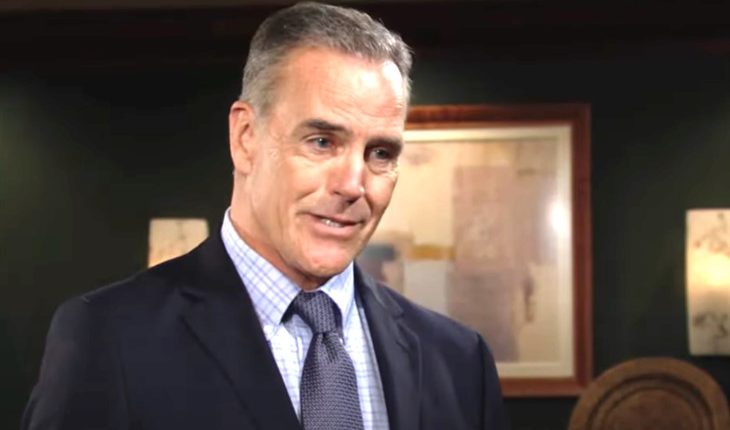 Viewers of The Young and The Restless will recall that Billy Boy Abbott, Super Snoop (Jason Thompson) has been doing a lot of snooping recently into Ashland’s past. Viewers of The Young and The Restless will also recall that Victoria has been super perturbed about her ex-husband always expecting the worst of her new fiancé. At first, Billy, as well as Victoria’s father Victor Newman (Eric Braeden) and the rest of her family, including her brother Nick Newman (Joshua Morrow) and mother Nikki Newman (Melody Thomas Scott) seemed to only be concerned about Victoria falling in love with a terminally ill man and losing him way too soon.

But recently Billy has been digging into Ashland’s past and looking for dirt. Ashland receives a mysterious text about him being difficult to track when Victor drops in on him. Ashland is surprised to hear Victor expressing concern as to how his cancer treatments have been going. The Mustache tells the Locke Ness Monster it’s not always about business. Ash is starting to feel better after the chemo sessions.

Longtime viewers of The Young and The Restless will recall that Victor himself built his business up from the ground, driving from door to door selling products in an old pickup truck. So it would be natural for Victor to ask about Ashland’s early career, and he doesn’t have too hard of a time in appearing intrigued.

Ashland tells Victor that he read his story, and that he himself got started as a teen. Ashland tells Victor that he was close with his well-meaning parents, but that his success story is not nearly as interesting as Victor’s. Ashland also tells Victor he doesn’t really look back at his past much. Viewers of The Young and The Restless will recall that Ashland had told Victoria about a much older female mentor from whom he bought his first two radio stations from.

Meanwhile, Billy has also been digging into Locke’s past. Billy sees Victoria at Society, and is upset that Nate Hastings (Sean Dominic) got an invite to her wedding and he didn’t. He chides Victoria, saying he guesses that Nate is Ashland’s new best friend. Victoria tells Billy that Ashland and Nate’s relationship is far from being scandalous, and that they’re friends and Ashland made a donation to the hospital. All Billy wants is Ashland’s secrets and he’ll go away.

Billy finally lays his cards on the table, and tells Victoria that he could find no death certificate for Ashland’s parents and no information on him either! Viewers of The Young and The Restless would agree that perhaps a man with no past is a man with something to hide and he expresses his concern to Victoria. Victoria sarcastically tells Billy that Ashland’s an alien from another planet! She reminds Billy that in those days records were on paper, or sometimes on microfiche before the days of computers and the Internet!

Billy remarks that Lily Winters (Christel Khalil) told him the same thing. Victoria, angered storms out and warns Billy not to utter a peep about this to their children! Victoria arrives at home and tells Ashland about her encounter with Billy, and what Billy told her.

Victoria is more concerned about what Billy didn’t find out, and tells him that Billy found no paper trail of Ashland’s birth or his parents’ death. Ashland gets another worrying text. Ashland tells Victoria Billy’s not exactly wrong, and there are some things that she needs to know. Viewers of The Young and The Restless can expect to be shocked at what Ashland divulges, and that causes her to wonder how well she really knows this man!