Are You the One?: Uche Nwosu And Clinton Moxam Get Married In Chicago Among Friends And Family 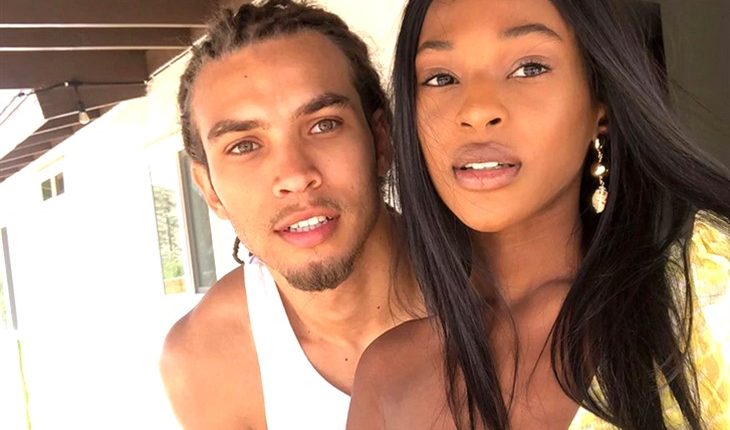 Fans will remember Uche Nwosu and Clinton Moxam from Season 6 of the MTV dating show, Are You the One?

The couple got married in Chicago on Saturday, September 4 and the wedding was attended by close friends and family.

Also at the event were reality star friends from Are You the One Kam Williams, Anthony Martin, Nicole Spiller, Alivia Hunter, Zoe Pugh, and Malcolm Drummer.

There were a few other reality tv stars from other shows in attendance as well, including, Leroy Garrett. Justine Ndiba from The Challenge and Cely Vasquez from Love Island’s second season.

Are You the One? – The Big Day

According to People, fellow cast member Anthony Martin shared an image of Uche, 27, and Clinton, 25, exchanging vows in an Instagram Story.

Malcolm Drummer also shared an Instagram post of him posing at the wedding in a fabulous blue pinstriped suit.

For her part, Justine shared an image of Uche’s father walking her down the aisle with Uche in her beautiful wedding gown.

Uche also shared a series of images of her and her fiancé posing in pictures before the wedding day. 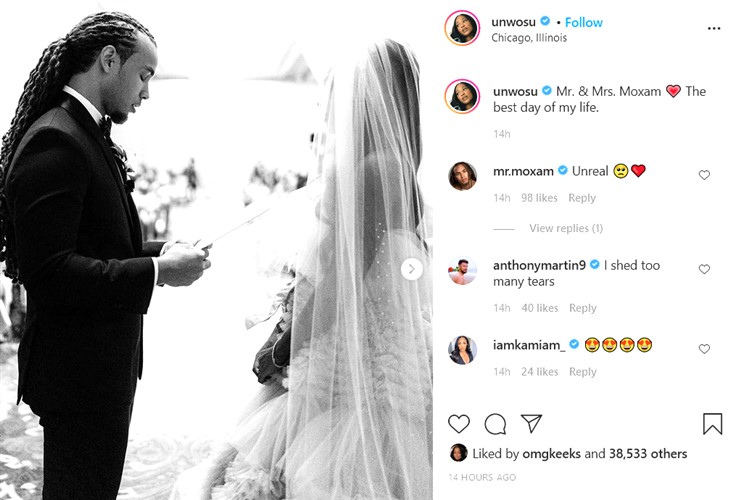 Are You the One? – When It All Happened

Fans will remember the day the two announced the wedding when Moxam shared a series of images, on Instagram, of him proposing to Nwasu, captioning that it was the easiest decision he ever made.

Uche had agreed to go to the beach for a photoshoot for the couple.

Obviously, it turned out to be something much more than a simple photoshoot, because Clinton had set the whole thing up.

In the caption, he added, “Honestly there wasn’t even a decision to be made, I truly believe we were created for one another!”

Directing his comment to the bride-to-be he wrote, “Uche I’ve been searching for you since I was like 9. Our relationship and the love we have for one another came out of nowhere & it’s undeniable you’re my wife. You’re perfect, thank you for choosing to love me. Let’s get these wedding plans started because I want some babies soon.”

Uche also shared images of the surprising day on her Instagram, captioning, “Still speechless. I honestly didn’t think love like this existed. I’m the most me, my BEST self – when I’m with you. No one loves me better 😭 My best friend. My protector. My lover. My fiancé (literally what!!!!!!!) – I can’t wait to be your wife.”

A new season of Are You the One? Is set to premiere on September 20 of this year on MTV, but fans can stream previous episodes of the show on Paramount Plus.