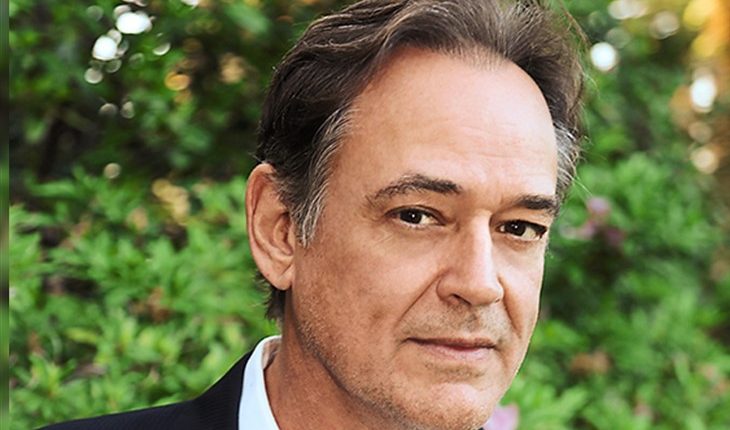 General Hospital spoilers indicate that Jon Lindstrom (Kevin Collins/Ryan Chamberlain) readily admits that his twin characters were not something of his own making. Lindstrom credits GH Former Writers Michele Val Jean for the creative evolution of his characters.

General Hospital’s Lindstrom admits that Kevin was created out of necessity. GH writers and executives wanted to keep Lindstrom on the show, however, Ryan was irredeemable. Claire Labine put Val Jean in charge of working with Lindstrom to create this character that is beyond reproach. Lindstrom and Val Jean changed the voice, the language, everything about Ryan to created Kevin.

Then Val Jean suggested pairing Kevin with Lucy Coe (Lynn Herring). Val Jean ran with the concept of Lucy chasing Kevin including going to therapy when she didn’t need it just to be close to him. Val Jean also wrote the Kevin and Ryan scenes from that point on as well. Val Jean knew exactly what she was doing with the writing for these characters and it shows.

General Hospital’s Lucy chased Kevin until she got him to go out with her. Apparently, it didn’t matter that Kevin could not date a patient. Of course, Kevin refused to see her professionally after he developed romantic feelings for Lucy. Lucy is responsible for Kevin facing his past and his brother’s abuse by their mother.

Kevin eventually had his medical license suspended over charges of stalking and kidnapping. Kevin was forced to enter therapy to deal with everything from his past. However, Lucy stood by her man as he got the treatment he needed and confided the truth to her. A great deal of Kevin and Lucy’s story was a part of the Port Charles series.

General Hospital’s Jon states that years ago he used to stop by Val Jeans’ office to throw around ideas and story plots. Jon says they became close friends while working together and remain, friends, today. Now that Val Jean is no longer writing the scenes, Kevin has turned out to be an enabler. Kevin found Ryan years ago and hid his existence from everyone to try to get medical help for Ryan.

However, years later, as the anniversary of Ryan’s supposed death approaches, Ryan takes over Kevin’s life. Ryan later lost his hand because of a trip off a bridge and went to prison for killing several people, including his latest obsession’s daughter Kiki Jerome (ex-Hayley Erin). Presently, Ryan is faking an almost vegetative stay waiting to make his move on those he considered have wronged him.

Kevin has been a fan favorite for years. Without the friendship, and partnership, formed by Lindstrom and Val Jean, Kevin nor Ryan may not exist today.