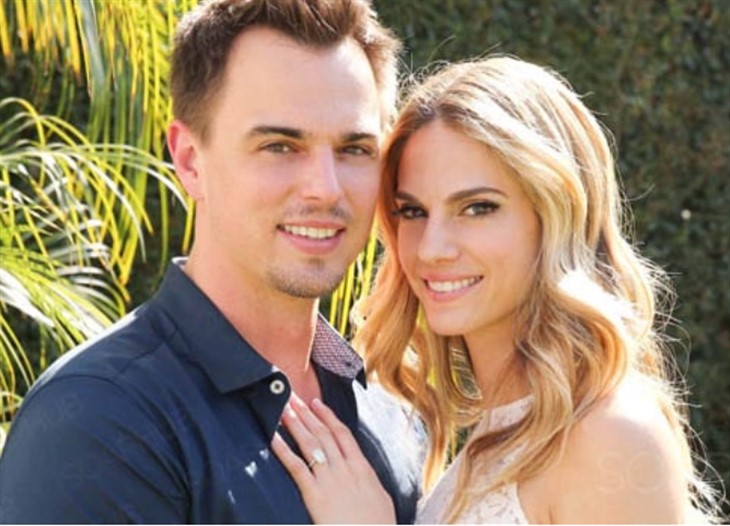 The Bold and The Beautiful (B&B) spoilers and updates reveal the couple recorded a milestone in their lives for their social media followers. Their two-year-old gave her assistance in the video that was on Instagram.

Darin Brooks portrays Wyatt Spencer on The Bold and the Beautiful. His wife Kelly is best known for her role as MacKenzie Browning on the CBS sister soap The Young and the Restless. Kruger has also played office assistant Eva on B&B. The couple has a daughter named Everleigh Jolie Brook, who will be two on September 22. On August 10, of this year the Brook’s shared that they are expecting a second child.

B&B Spoilers – The Teaser Before The Big Reveal

On September 9, Kruger said that the gender reveal would be on the following day, and she and her husband did it in a pretty spectacular manner. The couple made a black and white video where they were seated on the ground. Their dog was sitting between them with Everleigh on his back. Kruger asks her daughter, “Everleigh what’s in mama’s tummy? A baby brother or a baby sister?” 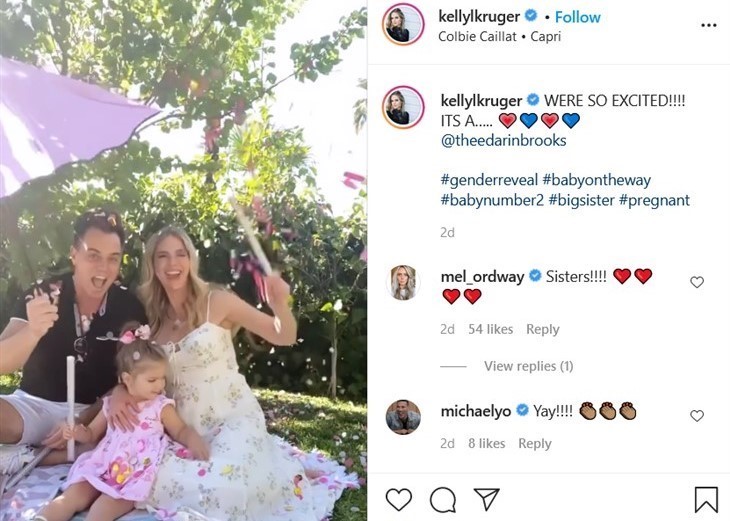 The Bold And The Beautiful Spoilers – Pretty In Pink

Before the little girl can answer the video turns from black and white to color, and the gender is revealed in the imagery. Everleigh is wearing a pink dress, and Kelly has on a white dress that is trimmed in pink. Darin opens a pink umbrella, and pink confetti falls all over the family and their dog. This lets everyone know the couple will have another girl.

Congratulations to Darin and Kelly on the upcoming birth of their second daughter and the bright future ahead of them. Kudos to Everleigh for helping her parents reveal the gender of her yet-to-be-born sibling.