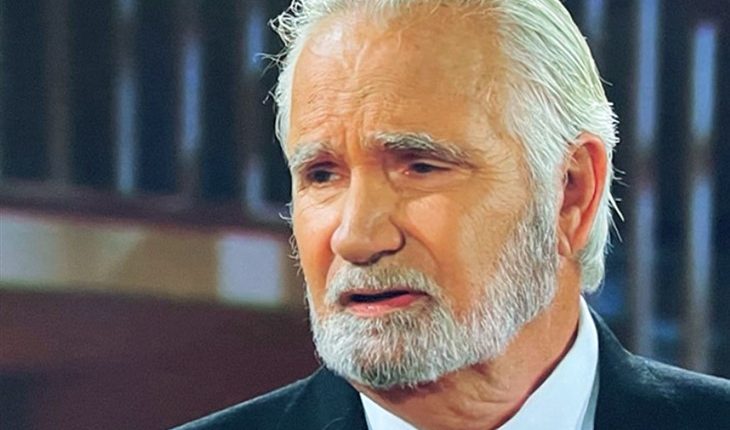 The Bold and the Beautiful spoilers document that Eric Forrester (John McCook) has not lost the feeling he has for his wife. As the Logan sisters were saying, he retains a deep ability to forgive. But that trait is also Eric’s fault line.

However, it is reasonable to assert that recent events have caused Eric’s mind to become morally clouded. His plan to encourage Quarter is not sweet. It is defeatist and lacks moral authority.

Quinn Fuller Forrester’s (Rena Sofer) instant rejection of Eric’s suggestion was coupled with Carter Walton’s (Lawrence Saint-Victor) rightful dismissal. While Eric is right in saying that Quinn and Carter care about each other, the unintended consequences of this proposed triangle project to pain for all involved.

Quinn can not accept what Eric has offered and maintain peace of mind. While she has come to care for Carter, Quinn also made her choice.

It is disrespectful of Eric to ask Quinn to be in a false marriage. It is also disrespectful to ask Carter to stand in for him, as Saint-Victor’s character pointed out.

Eric is pitying himself as he tries to deal with what he sees as a permanent situation. But he has no way of knowing what the future will be.

Teasers indicate that Quarter will be together again. So, a short period will likely pass before Quinn and Carter find themselves commiserating.

Rather than use the reveal as grounds for divorce, Eric contemplated what he learned and what it meant. Hearing Quinn tell Shauna Fulton (Denise Richards) that she loved and planned to stay with him was reaffirming.

Eric did not know if Quinn still shared the depth of his feelings. But the Queric reinforcement meant she did, which sparked his convoluted solution to a potentially temporary problem.

Yes, this is daytime drama. So, Eric’s physical and or mental block could resolve in almost any future episode.

Why The Sheila Carter Story Isn’t Working On The Bold And The Beautifulhttps://t.co/2jttskr8wO

The Bold And The Beautiful Spoilers – Eric Forrester’s Fate Undecided?

Eric has convinced himself that his condition will never change. It has been several months since he recognized what happened. So, his opinion is understandable.

But what if Quinn and Carter agree to Eric’s terms and he heals? That outcome would leave everyone in an emotional quandary.

Fans of B&B should expect this compelling tale to turn again in the fall or possibly by winter.