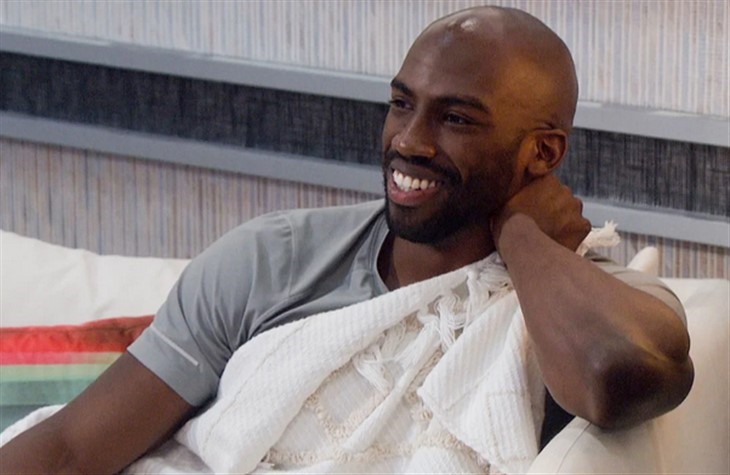 Big Brother spoilers reveal things got pretty hectic, last Thursday, when a double eviction placed every remaining contestant in the Final Six-spot for the Cookout.

As fans of Big Brother know, Claire was evicted from the house and then Hannah won the next HoH.

After that, the house banded together to get rid of Alyssa

The plan was implemented flawlessly and now, all that remains is the Cookout.

Big Brother Spoilers – Why Is Everyone Worried About Alyssa’s Feelings?

We jump in with a flashback to the final vote from last week’s episode, presumably to set focus on Kyland’s headspace and setting up some friction for this week’s episode.

Hannah suggests Kyland go to the block with Alyssa and, as fans would expect, he didn’t take to the idea very well.

Seeing that Tiffany and Azah haven’t been on the block at all, the reality TV star wants to know why neither of them has been willing to make a sacrifice.

Hannah then explained that she wanted to keep the Cookout a secret and that nominating Kyland would make that possible, but it seems that Kyland didn’t understand her reasoning.

Kyland believes that Alyssa will soon find out anyhow and so he doesn’t understand why everyone is so concerned over her feelings.

Next, as that all gets settled, the alliance begins to break up and everyone begins to focus on their own games.

Tiffany begins to sidle over to Kyland saying that she had told Hannah that she disagreed with the plan and then turns around and starts sweet-talking Xavier, saying that the two of them are the biggest threats in the game – they should stick together.

This may be true, but it’s also likely that Xavier will be her first target once she wins HoH.

Kyland, Tiffany, and Hannah make a tentative Final Three Agreement but with similar deals being made throughout the house, the strength of the bond is questionable.

With the HoH competition, the most important one thus far, players must navigate an egg through an obstacle course by poking their fingers through tiny holes in chicken wire.

Then the egg must be rolled along a balance maze in order to knock of a lever at the end.

The first to knock down three with the HoH competition.

In the heated race, Big D takes an early lead with Xavier quickly catching up with Kyland right there with him.

Ultimately Kyland puts Tiffany and Hannah on the block.

There is still a veto competition to play so we’ll just have to see how the week plays out.