Everything About Y&R Sally Spectra – Mysterious, Messy, And Mesmerizing 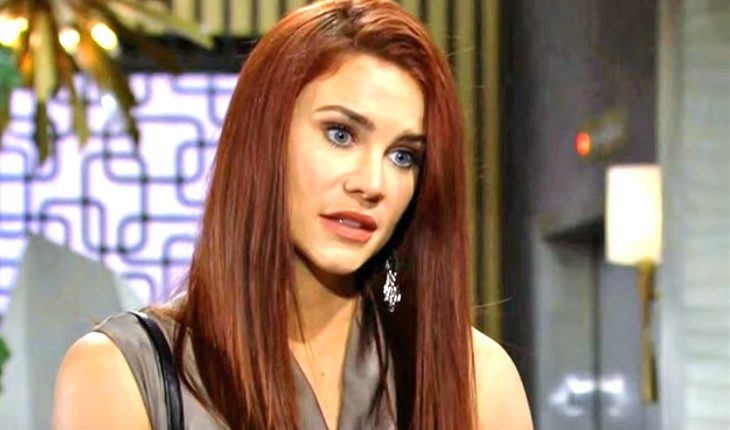 The Young and The Restless (Y&R) spoilers have some of us Y&R fans scratching our heads. Who is Sally Spectra (Courtney Hope)? Does anybody really know? She is still a mystery to us. Why is she such a manipulative soul? Her family tree has not yielded much fruit in the way of information. So, for us, (in or out of soapy season) it has been slim pickings.

The Young And The Restless Spoilers – Here Is What We Know

Sally(ll) (Courtney Hope) first showed up in Los Angeles. She came riding in on the fashion house coat tails of her namesake and grand Aunt, Sally Spectra(l) (Darlene Conley). Sally Spectra (ll) (Courtney Hope) did not come alone. She brought along her grandma Shirley Spectra (Patrika Darbo) , sister of her grand-aunt Sally(l), and her own sister Coco Spectra (Courtney Grosbeck). And that is all the fruit we have been able to pick from that scrawny family tree. Guess we will have to wait for the CBS Young and the Restless “writing gardeners” to “graft in” a juicy backstory about Sally(ll) that we can sink our teeth into.

Sally Spectra (Courtney Hope) has dared to share that the seeds of her family tree (her parents) were less than admirable. They were Circus employees, carnies. Nothing wrong with being a carnie but things go left when you are also carnies who con, scam, and flim-flam people who are gullible marks. Add two young kids to that cocktail. Steep them in all that con-culture until their parents are carted off to prison. And even though the kids get removed from the “culture” and placed in the care of their Grandma, the damage is already done.

Y&R Spoilers: Ashland Locke Confesses His Past To Victoria Newman

While in Los Angeles Sally Spectra (Courtney Hope) walks in the footsteps of her Grand Aunt as she tries to rebuild Spectra Fashions. Sally keeps the con-culture alive and well as she steals and finagles designing ideas and fashions from Forrester Creations.

The Young And The Restless Spoilers – Hey, I am A Victim Too

Before leaving LA Sally ( Courtney Hope) endures the mean-spirited acts of Publishing giant Dollar Bill Spencer (Don Diamont). Bill undermined Sally at every turn. He negatively “fixed” a fashion challenge causing Sally to lose a competition that she had actually won. He also ran serious interference in her romantic relationship causing it to crash and burn. To top things off Bill had the building that housed her fashion company destroyed. He had it collapsed with Sally still in it.

Y&R Spoilers – The Con Is Real

In Los Angeles, we watch Sally (Courtney Hope) pull the con of her life, literally. She loses her fiancé to a romantic rival and fakes a diagnosis (with all the trimmings) that she is dying. She is hoping to get her man back. Sally tried to cross a bridge too far when she resorted to kidnapping her rival. That failed antic sealed the demise of any quality of life she could have in LA.

Sally Spectra (Courtney Hope) is messy. She and the con she thrives on are alive and well as she crosses the city limits line landing her in GC. Sally is no “bottom shelf “ type of girl. Right away, she reaches for the “top shelf” where riches, power, and opportunities are stacked with the likes of Jack Abbott (Peter Bergman) and Jabot. Kyle Abbott (Michael Mealor), Summer Newman (Hunter King) and Lauren Baldwin (Tracey E Bregman) and her Fenmore business are on that shelf too. These unsuspecting “marks” were ripe for the plucking.

The Young And The Restless Spoilers: Jack And Nick Battle Over Phyllishttps://t.co/qak6a0SVBT

Sally (Courtney Hope) is good at the game, watching her in action is entertaining but any success Sally has gained through scamming and flim-flamming has been short lived. She lost at getting Jack. She lost at Jabot. She lost at Fenmore. Will she lose at Newman Media too? Or will Sally evolve for the better? Sally is a beautiful red-haired buoy in an ocean full of powerful and rich waves crashing this way and that. But somehow, she stays afloat. Sally Spectra is mysterious, messy, and mesmerizing.

Be sure to stay caught up on everything happening with Y&R. Come back often for The Young and the Restless Spoilers, news, and updates.

I love writing and watching Soaps and bringing the “411” about the spoilers and rumors. I enjoy trying to stay one step ahead of the writers, and figuring out the ups and down, and ins and outs of the storylines before they happen.