EastEnders Spoilers: Denise Learns About Sheree’s Plans For Isaac- Will She Expose The Truth? 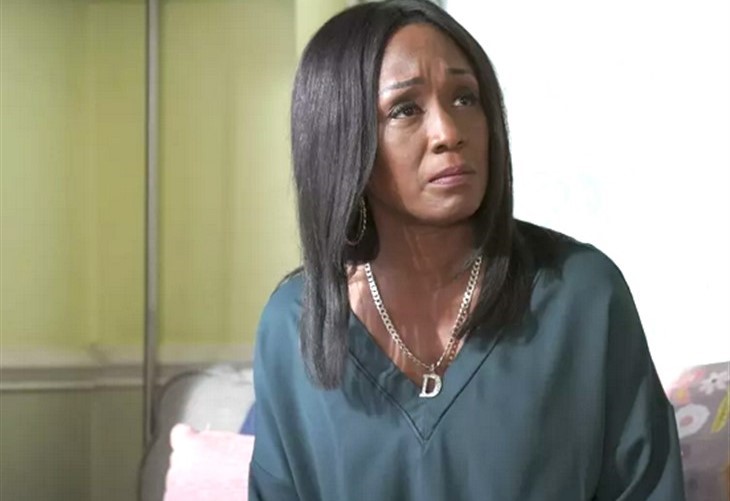 EastEnders spoilers hint that Denise Fox is going to soon learn what Sheree has been doing behind the back of her son Isaac. As viewers know, Sheree has been overprotective of her son Issac by trying to control his life. This has been frustrating for viewers and for Issac and his girlfriend, Lola.

When Issac went to the mental hospital, he and Lola broke up since Lola decided to listen to the words of Sheree. However, Lola and Issac would soon find their way back to each other. This put a wrench into Sheree’s plans and she had to find a way to break the two up and get Isacc out of the Square.

Sheree wants to convince her son to leave with her to Trinidad along with her husband. However, after he decides not to go after getting back together with Lola, she decides to change her plan. She does this by lying to Isaac and her husband about the status of Isaac’s job. She tells him that his job wanted to wait for the news or the social media account to die down before they bring him back. This made Isaac sad and made her husband think that the move to Trinidad would help. However, this is not the case, the job did not say that he could not come back yet. On the other hand, Sheree told them that he was not ready to come back to work yet.

She was hoping that this would get Isaac to want to move to Trinidad. Sheree and Patrick talk about the plan some more as Patrick agrees with the plan now. Sheree is determined to try and get Isaac to come to Trinidad but things are not going as planned. Isaac interrupts the secret phone call that Sheree is on to tell her he is job hunting. She wants to stop him from doing so and tells her about her plan to go to Trinidad but he is against it and refuses to go. On the other hand, The headteacher at Walford Primary tells Denise that she wants to see Isaac come back as soon as possible and had told Sheree. Denise then overhears that Sheree is trying to sell her house cause she will be moving to Trinidad permanently. Keep checking Hollywood Hiccups for more EastEnders spoilers, news, and updates.