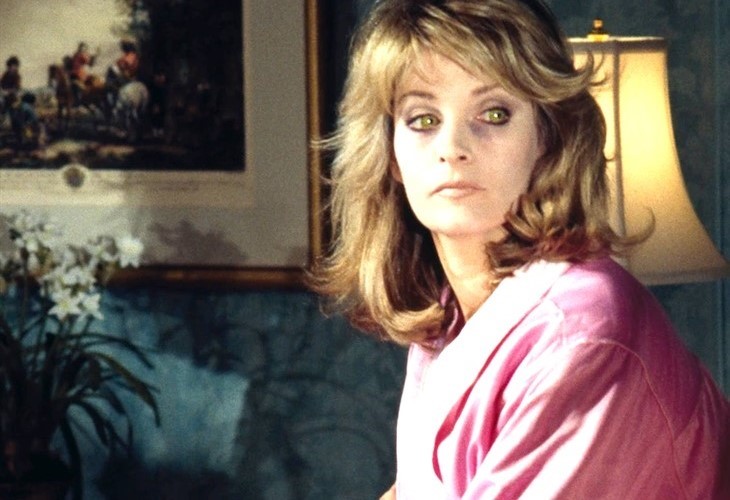 Days of our Lives (DOOL) spoilers show that a possessed Marlena Evans (Deidre Hall) has begun harassing people in Salem and her first victim is the oldest man in town. Doug will be rendered speechless and unable to let anyone know that evil lives among them.

Friday on DOOL Julie Williams (Susan Seaforth Hayes) ran her big mouth again and viewers are hoping it will not cost her husband his life. Thanks to his spouse spoilers say that Doug Williams (Bill Hayes) will come face to face with the demon in Marlena Evans and the evil spirit will terrorize a frightened Doug into silence.

On Friday, Eli tried to get Doug to calm down but he kept calling Marlena’s name. When Julie asked if he wanted Marlena’s help Doug said that the doctor is the one who needed help. Julie became frantic and naturally blabbed to the demonized doctor who later showed up in Doug’s hospital room.

The demon told Doug that he had to stop him from telling anyone what he knows. This has social media buzzing with fans who are worried that Doug might die. Spoilers reveal that next week he will be so traumatized that he is unable to communicate. Eli will try desperately to understand what his grandfather is saying but will not succeed. It’s not known if Marlena actually does something to him or if Doug is simply frightened by the demon’s presence.

DOOL Spoilers – The Possession Is Only For A Season

Spoilers say that the devil in Marlena will run rampant but only for a season. John should be the first person to figure out what is going on but he will be held captive for a while. Salemites will suffer while John is locked away and Doug unable to communicate.