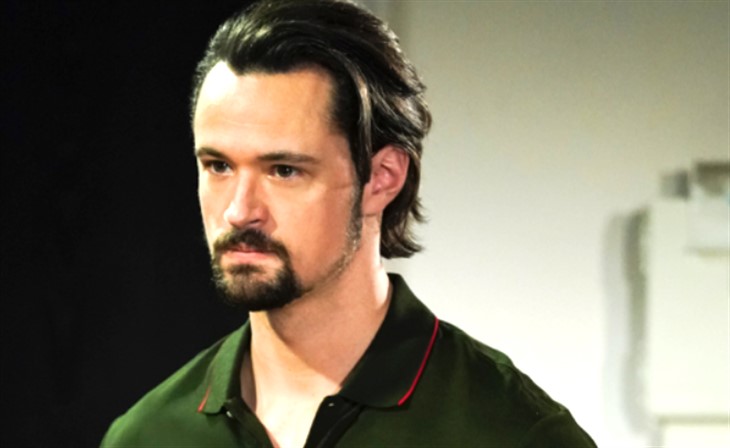 The Bold and the Beautiful (B&B) spoilers document that Thomas Forrester (Matthew Atkinson) has not experienced love in a while. However, his obsession with Hope Spencer (Annika Noelle) appears to have ended. Thomas used his free will to turn his life around.

But one of the most eligible bachelors in Los Angeles, California, if not the world, is single. He has not been ready to pursue a relationship after the Zoe Buckingham (Kiara Barnes) marriage flop. Of course, that was never a true love match for either half of Thoe.

Fans have seen Thomas reach an inflection point. He recognized that change needed to happen so that he could be a better father and man. Now, the kinder, gentler Thomas is ready to expand beyond business success.

The Bold And The Beautiful (B&B) Spoilers: Eric Confesses To Katie, Ridge Thunderstruck

Thomas is not enamored with Hope any longer. He still cares for her but recognizes that Liam Spencer (Scott Clifton) is the man she loves.

Lope provided stability for Douglas Forrester (Henry Samiri) during Thomas’ recent dark periods. The battle with Liam also ended after Thomas was kidnapped by Justin Barber (Aaron Spears), escaped from the cage he was held in at Spencer Publications, with Hope leading that effort, and then reported what transpired to Liam and Bill Spencer (Don Diamont).

Hope remains Thomas’ go-to moral compass. She is fond of him and wants their co-parenting bond to remain positive.

B&B Spoilers – Past Loves Or A New Character?

Thomas has been in love with other women. So TPTB could write one of his former significant others back into the show.

Gabriela Moreno (Shanelle Workman) was Thomas’ first wife in the mid-2000s. That was a long time ago and their marriage was annulled. Gabby was a short stint character who left town. But she is a plausible option.

Remarrying Hope, Thomas’ only other wife (2019), is not in the daytime cards right now. But there are plenty of former love interests who could return. Alternatively, one could be created for him.

The Bold And The Beautiful Spoilers – Familiar Versus A Fresh Face

A familiar love interest would have a built-in backstory. Retrospective scenes would not be possible, unless that person is Zoe, as Atkinson became the recast Thomas in 2019. But Barnes is currently starring in the nighttime drama Fantasy Island and is not known to be returning to B&B’s cast.

Some other single ladies on B&B could conceivably couple with Thomas. A new character could also be invented if B&B chooses to go in that direction. No matter who she is, Thomas fans are hoping he finds someone to love who also loves him.