The Young And The Restless (Y&R) Spoilers: Billy And Victoria Have A Rough Week 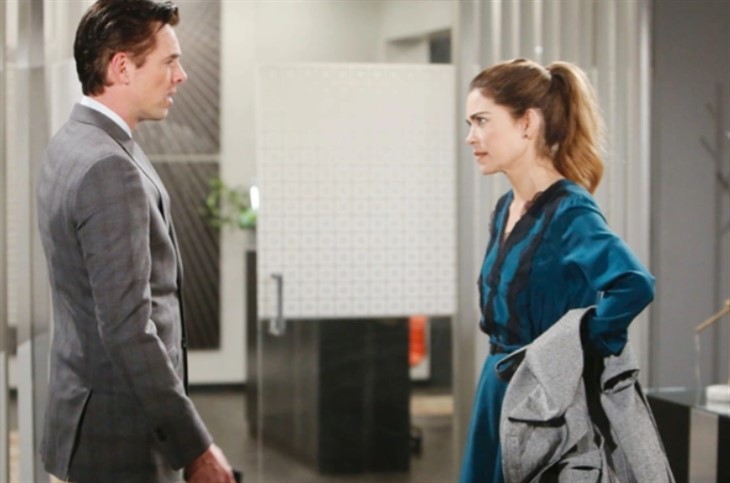 The Young And The Restless (Y&R) spoilers reveal that Villy are in for a very rough week. The former spouses will each experience setbacks in their agendas. Both are determined, however, to not allow anyone to stand in their way.

The Young And The Restless Spoilers – Victor Newman Strikes Again

On Friday Victor Newman (Eric Braeden) paid a visit to Jesse Gaines (Jamison Jones) at The Grand Phoenix. On Monday the front desk clerk tells Billy Abbott (Jason Thompson) that Gaines has checked out. Billy will see Victor nearby and suspect he is the reason Jesse departed Genoa City.

Y&R Spoilers – Billy Abbott Will Not Be Deterred

Billy soon spies Ashland Locke (Richard Burgi) inside The Grand Phoenix lobby and reveals that Jesse has checked out. Victor will walk over to Ashland and thank him for showing up and suggests they take their meeting to his ranch. He calls Billy Boy a nuisance and tells him to take a long walk off a short cliff. Billy may be down because he did not get the information he desired from Gaines but he is definitely not out.

Victoria Newman (Amelia Heinle) will notice how rattled Ashland seems as he is leaving a voicemail. He will claim he is addressing someone who is having issues with their merger, but Vicki senses he is lying. She suggests they begin the conversation again and this time try honesty. In spite of her doubts, she is determined to go through with the wedding.

Spoilers say Billy will approach Nikki Newman (Melody Scott Thomas) and Vicki at Crimson Lights and advise his ex-wife that she needs to know about Gaines. Victoria will snap, insist she doesn’t care and tell Billy to leave her and Ashland alone and “stay the hell out” of their lives. She will move forward with the wedding as Billy continues trying to prevent it.