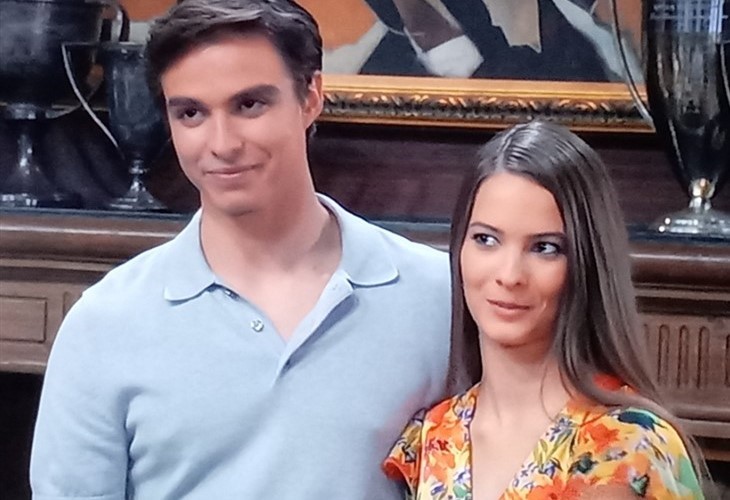 Trina Robinson (Sydney Mikayla) of course is a new acquaintance for Spencer – and the two of them really were starting to bond before Esme showed up and staked her claim on him! It seems like Spencer didn’t invite her to come to Port Charles either, Esme just kind of showed up at an inopportune moment! Esme’s current target of choice seems to be Josslyn Jacks (Eden McCoy) but Joss isn’t having Esme’s self-entitled garbage! Josslyn is very protective over Trina, and she also has suspicions about Esme like Trina does!

After all, if Trina and Cameron are trying to get proof to expose Spencer, then Esme will feel the need to do something to throw them off the track like she did when she set Ava’s car on fire outside the Jerome Art Gallery. It’s only a matter of time before Spencer and Esme are exposed, but if the last distraction Esme caused was setting Ava’s car on fire, viewers can only imagine what she might do this time!

Chances are however, Esme’s “bold move” will be against Trina, Cam, or both, because the next day she and Josslyn have a run-in! General Hospital viewers know that Josslyn would be angry with Esme if she does something that hurts either one of them, considering Trina is her best friend and Cameron is her boyfriend! Nevertheless, Spencer’s sins will be exposed publicly and that will be because of Trina and Cameron’s plot.

General Hospital viewers won’t be surprised if that happens in spite of Esme’s efforts to throw them off the track and Esme’s bold move, which is complete with unmitigated gall, is probably a retaliatory move!

Down-the-road General Hospital spoilers mention Spencer apologizing while Esme celebrates, so it certainly sounds like she’ll have her own best interests in mind over Spencer’s when it comes right down to it! Esme’s retaliation will perhaps be more revenge than anything else – because if Trina and Cameron, possibly with Josslyn teaming up with them causes her to lose her sweet deal with “Spence” and the Cassadine money, she’ll show her true colors!