The Young And The Restless (Y&R) Spoilers: Victoria Must Make A Decision – Ashland In Or Out? 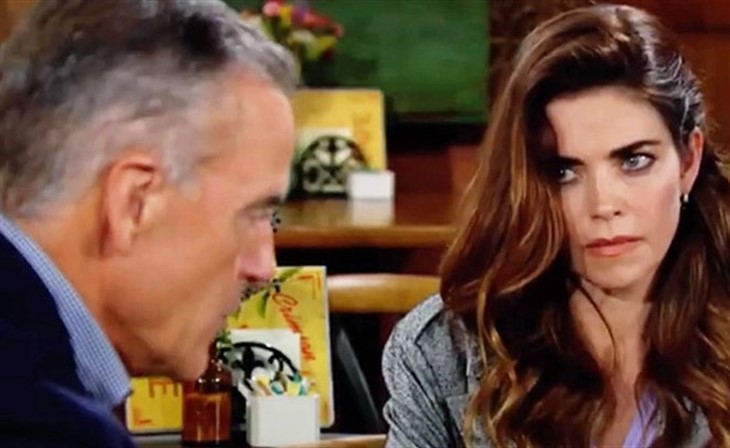 The Young and the Restless (Y&R) spoilers document that Victoria Newman (Amelia Heinle) will be forced to make a decision. Yes, Nick Newman’s (Joshua Morrow) volunteer investigation in New Jersey yields a bombshell.

The teased reveal that Ashland Locke (Richard Burgi) is Bobby Defranco, who was said to have died many decades ago, is intended to stop the Vashland wedding. But will it?

Victor Newman (Eric Braeden) seems intent on the nuptials happening, which is a strange path for the Moustache to take. However, he is impressed with Ashland and believes that he truly loves Victoria.

The Young And The Restless (Y&R) Spoilers: Billy And Victoria Have A Rough Week

Nick was hesitant to disparage Ashland. He was suspicious of his backstory but did not feel that the recent reveal about his childhood was worthy of taking a stand.

However, Phyllis Summers (Michelle Stafford) was brought into the loop. Her digital snooping unearthed something unusual in the land of beaches and gambling.

Nick’s determination that Ashland is Bobby could prove to be the tip of the soapy iceberg. If the story he told about himself is basically accurate, then Victoria will probably shrug it off. But if Bobby is lying, then the wedding either will not happen or the marriage could prove short.

Ashland’s health condition is looming over whatever the truth proves to be. If his life as Bobby did not involve serious crimes, then he will be cleared by his fiancé. They will marry and spend as much time together as possible.

But if Bobby faked his death to avoid arrest and prosecution, then Rey Rosales (Jordi Vilasuso), who was just clued in by Nick as well, will need to use his handcuffs. The criminal angle also provokes another question.

Will Ashland retain Victoria’s sympathy even if she learns that he has withheld serious information about his life from her?

Victoria loves Ashland. That feeling is unlikely to evaporate if decades-old information is exposed, no matter the severity.

Whether Bobby is a hardcore criminal who has been hiding in plain sight for years or his father was the cause of his transformation as he claimed, Victoria will make the final call.

Vashland has been projected as a married couple in October. So the fans will soon see if that event happens on Y&R.