The Bold And The Beautiful (B&B) Spoilers: Quinn’s Reveal Incredible – Justin Must Confirm With Eric 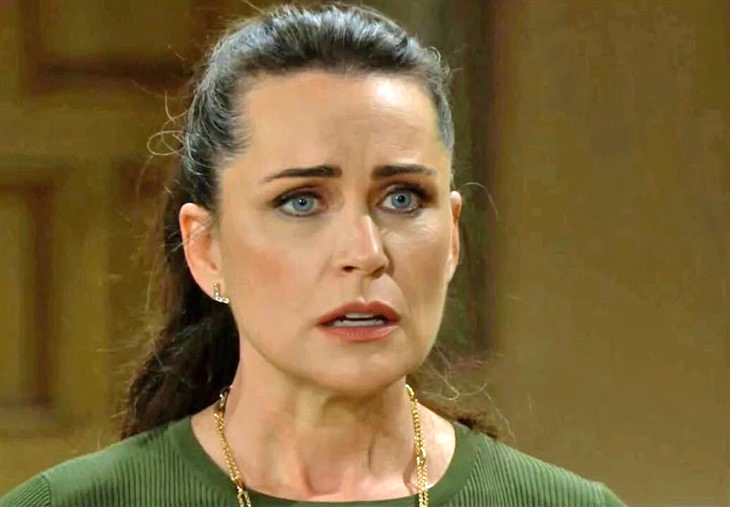 Carter Walton (Lawrence Saint-Victor) stood aside from the woman he loves. The scene was somewhat unbelievable, as an angry reaction would have been natural when someone violates the privacy of your own home and interrupts a romantic scenario.

Justin broke into Carter’s beachfront condominium. Then, he waltzed up to the bedroom. Both acts, along with the condescending way Justin spoke to Carter and Quinn, would normally lead to a fight, right? Not so in this scene.

The Bold And The Beautiful Spoilers – Pleading For Discretion In Daytime

Quinn was genuinely panicked. She did not want Justin to report back to Ridge Forrester (Thorsten Kaye). That begs another question.

Should Justin have so quickly admitted that he was there on Ridge’s behalf? Kaye’s character did not tell him to withhold that information. But he also did not say that it was okay to tell Quarter about the arrangement.

Justin told Quinn and Carter that he and Bill are no longer on speaking terms. That was putting it mildly.

Bill said that Justin is dead to him after his incredible betrayal. B&B fans recall that the break happened because Justin went berserk, believing that he could railroad Bill and Liam Spencer (Scott Clifton) into long-term prison sentences, taking advantage of the Vincent Walker (Joe LoCicero) hit-and-run.

Vinny’s self-reveal ended their imprisonment, with Thomas Forrester’s (Matthew Atkinson) help. The tell to Bill and Liam about Justin served to break the enduring friendship between Diamont and Spears’ characters, which led to Justin offering his services to Ridge.

The Bold And The Beautiful Spoilers: Sheila Carter Needs To Get Rid Of Steffy Forresterhttps://t.co/Hwu2Vh97nv

The Bold And The Beautiful Spoilers – Eric Forrester Is The Source

Justin can question Eric if he wants to. Of course, telling Ridge what was learned is what he was tasked to do. Why risk Ridge’s wrath?

Teasers indicate that Ridge will learn about Quarter, which implies that Justin relays what he witnessed. How much other information Justin tells Ridge will soon be seen on B&B.