The Young And The Restless (Y&R) Spoilers: Alum Sash Calle May Soon Get Her Own Series 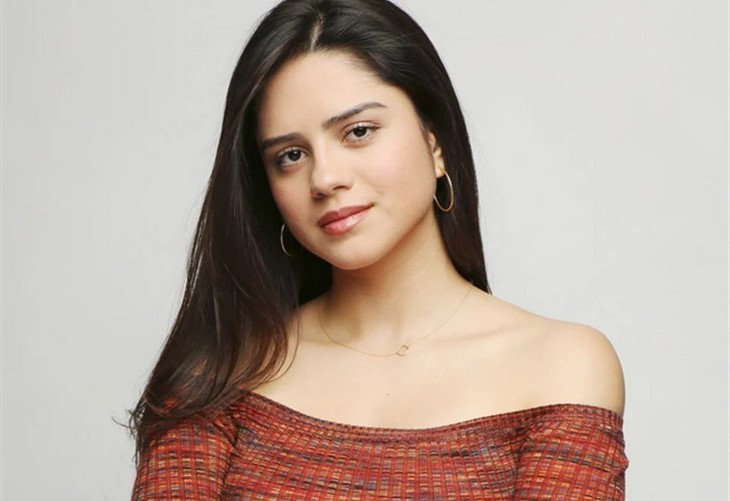 The Young and the Restless (Y&R) spoilers and updates tease Sasha Calle, who played the role of Lola Rosales on the soap, is rumored to be getting her own series. According to a new report, the DC Films version of CW’s Supergirl, may be turned into a TV series on HBO Max.

According to That Hashtag Show, Warner Brothers is trying to boost HBO Max subscriptions without negatively affecting their theatrical revenue. So they decided to spin some of their DC films into an HBO Max series like the Peacemaker series and the upcoming Penguin series. The website shared that Supergirl may also get the same treatment.

It’s been revealed that a Supergirl movie was in the works and was originally planned to be released exclusively on HBO Max. But according to That Hashtag Show, the writers of the series have decided to turn it into a TV series, with Calle taking on the lead role.

Y&R Spoilers News – Supergirl To Appear In The Flash

Calle’s Supergirl is also set to appear in The Flash next year where her character and connections with other DC characters will be established. Viewers are expected to ask more questions about Supergirl once The Flash is over. The rumored TV show aims to answer these questions. It will also explore Supergirl’s past as well as her training and honing her powers.

Will Batman and Superman Appear on the Series?

There’s also a possibility that Michael Keaton’s Bruce Wayne/Batman could make an appearance on the series. Other characters related to her origin may also be introduced. But fans shouldn’t get their hopes up when it comes to Superman because he won’t appear in the show although other Kryptonians might.

The Young and the Restless (Y&R) Spoilers: Victoria Remains In Denial Despite Nick’s Evidencehttps://t.co/i6sCDJG3F6

Devon Hamilton (Bryton James) will help out Abby Newman-Abbott-Chancellor (Melissa Ordway) with her baby crisis. He’ll tell Abby that he’s willing to pitch in with Dominic Newman-Abbott-Chancellor anytime. Spoilers hint that Abby will take Devon up on his offer to help her calm Dominic down. Abby will be grateful for his help especially now that Chance Chancellor (last played by Donny Boaz) can’t give her the support she needs because he’s not home. With Devon by her side, will Abby start developing feelings for him?