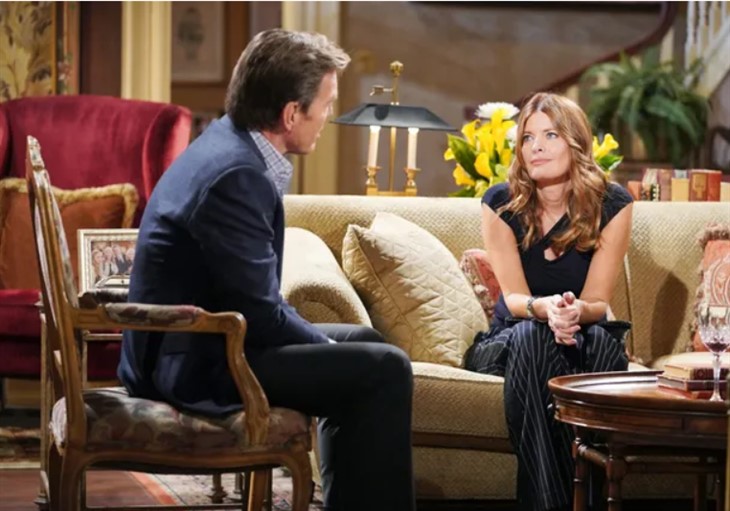 The Young and the Restless (Y&R) spoilers tease while Nicholas is away his sweetie is going to play with fire. Phyllis knows how Jack feels yet continues to spend time with him. This is all leading to a big blow-up that could take place in Italy.

Nick Newman (Joshua Morrow) is in New Jersey trying to find information on Ashland Locke’s (Richard Burgi) past. Spoilers say that while he is trying to protect Victoria Newman (Amelia Heinle) from marrying a man who is lying to her, his own romantic relationship will be in jeopardy. Phyllis Newman (Michelle Stafford) will cross the line when talking to Jack Abbott (Peter Bergman).

The Young And The Restless (Y&R) Spoilers: Victoria Must Make A Decision – Ashland In Or Out?

Phyllis has been distracting Nick with lovemaking because his doubts about their relationship are steadily growing. Jack set everything in motion when he confessed his love for “Red.” He made worse when he came clean to Nick and Phyllis is disappointed that Jack did not discuss telling Nick with her first.

Spoilers indicate that by the end of the week Jack and Phyllis will have yet another close encounter. This may lead to something big by the time they arrive in Italy for the wedding. It has already been teased that the duo will share a kiss and who knows, they might take things a bit further.