EastEnders Spoilers: Whitney Faces Danger As She Gets Intertwined With Gray’s Storyline 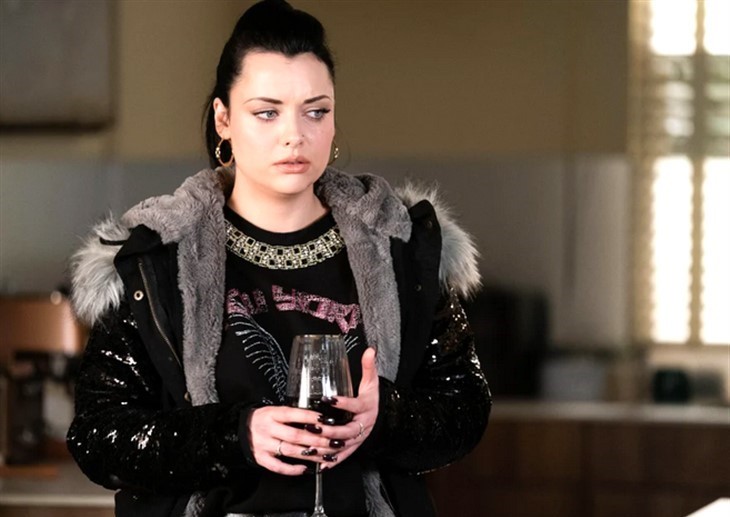 EastEnders spoilers hint that Whitney may find herself in a dangerous situation in upcoming episodes of EastEnders as she gets deeper into Gray’s storyline. As viewers know Gray is a dangerous person but it turns out that his past proves that he is more dangerous than we thought.

As it turns out that he may have played a role in his mother’s death and his father may have covered for him. Viewers have seen him commit murder but assumed that his wife was his first murder and that this murder lead him to commit other murders. However, it seems Gray’s past is darker than expected.

Whitney has been involved in Gray’s storyline off and on for a while however, it seems like her reentrance may lead to her life being in danger. Gray Atkins (Toby Alexander Smith) has shifted his attention over to Whitney and maybe planning on trying to start a relationship with her. This could lead her to be in danger as viewers know of Gray’s anger issues and murder history. It seems that Shona McGarty (who plays Whitney) is also worried for her character’s future. In an interview, she stated, “I don’t know where this storyline is going and I keep wanting to ask the writers because I’m just so excited to see what’s going to happen. As a viewer and a fan, I’m loving it.”

Whitney like others is unaware of Gray’s murderous history which includes her fiance, Kush Kazemi, who died at the hands of Gray. “She’s getting close to him and she still has no idea that he killed Kush! I am a bit worried about her. Although Whitney is confident, she’s still quite vulnerable after Kush’s death – and Gray is charming, isn’t he?”

McGarty goes on to say that she thinks Whitney felt bad for Gray at first but that developed to her seeing herself as being a part of Gray’s family. Could Whitley be the one to expose Gray after learning what kind of person he truly is? Do you want Whitney to discover Gray’s secret or are you hoping for someone else to figure it out? Keep checking Hollywood Hiccups for more EastEnders spoilers, news, and updates.