General Hospital Spoilers: Sonny Might Turn To Nina When He Realizes The Truth About Jarly 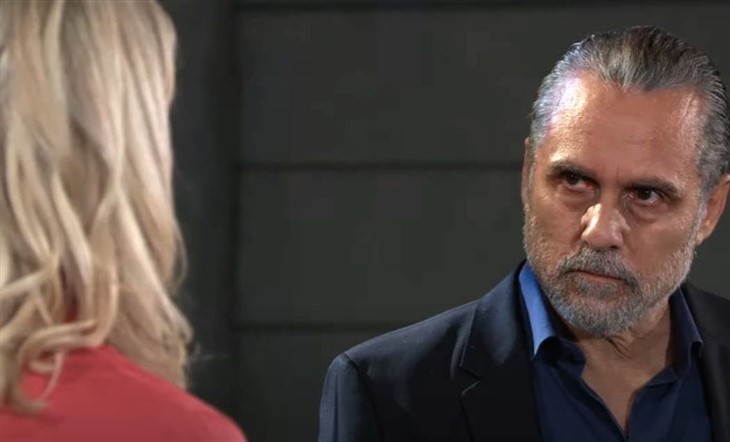 General Hospital (GH) spoilers and updates reveals viewers Have been expressing their disappointment On social media About Sonny Corinthos (Maurice Bernard ) lacklustre return To Port Charles and wonder what the future holds.

General Hospital Spoilers – The Other Shoe May Drop

Sonny walked into his bedroom and found his best friend Jason Morgan (Steve Burton) and his “widow”Carly Corinthos (Laura Wright about to consummate their marriage. His only reply was “I’m back now.” Spoilers say this was a major letdown but soon the other shoe may drop.

GH Spoilers – Sonny Corinthos Needs To Get A Clue

Spoilers emphasize that Sonny didn’tt seem to realize that Jarly was about to have sex and some viewers say this was a missed opportunity. The writers could be up to something big that will take place later. Carly and Jason will probably not be able to simply move on as if nothing happened. There will probably be hints in their mannerisms that give them away. If not, then some other Port Charles resident might say something that causes Sonny to wake up and smell the Corinthos coffee.

General Hospital Spoilers- Nina Could Get Her Mike Back

Once Sonny realizes that Jarly was going to turn their marriage of convenience into the real thing he may begin reassessing his life. Maurice Benard recently announced on Facebook Live that his character still has feelings for Nina. The storyline could shift and Sonny may begin to accept that Mike is still very much a part of him and he could turn to Nina.

GH Spoilers – The Future Is Unpredictable

The future for Carlson is not yet clear but GH viewers can look at the past for possible clues. While Sonny was grieving his son Morgan’s death, he slept with Ava (whom he hated) while at his son’s tomb. Should Jarly’s true feelings emerge, just imagine the passion that might erupt with Nina with whom Mike fell in love.

Be sure to catch up on everything happening with GH right now. Come back here often for General Hospital spoilers, news, and updates