Days Of Our Lives (DOOL) Spoilers: Dan Feuerriegel Gets Graphic And We Think You’ll Love It 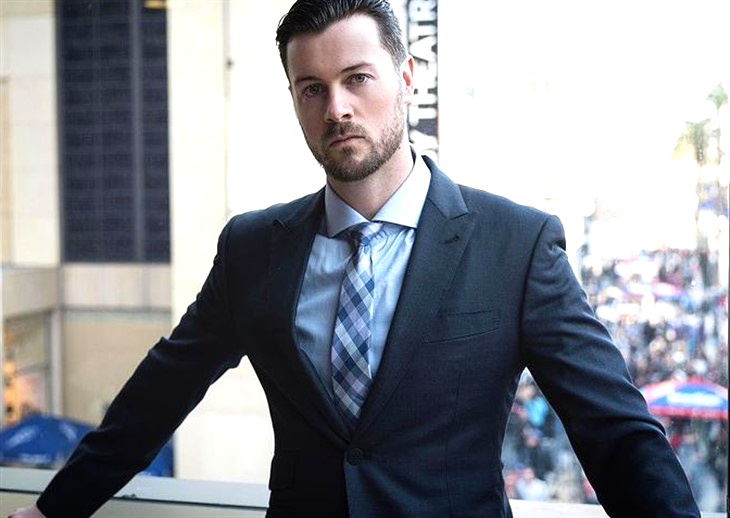 Days of our Lives (DOOL) spoilers reveal that Dan Feuerriegel (EJ DiMera) has won legions of fans since he debut as one of the many DiMera heirs. Prior to his debut James Scott starred in the role from 2006-2014. Fans never stopped yelling for Scott to return to the role but the actor made it crystalline clear that he has no interest and no intention of ever again stepping foot on the DOOL set. Got that?

TPTB finally got that, and thus a new EJ is onscreen bringing to life the exciting drama that follows Salem’s very own Elvis. Yes, Elvis is in the building, the DiMera mansion, and he looks to be sticking around for a while. That doesn’t mean that Dan doesn’t have other irons in the fire however.

Days Of Our Lives Spoilers – Dan Feuerriegel Is An Author

Feuerriegel is a dedicated writer and his latest work reached an important milestone. He shared the good news with his Insta fans: “My Graphic Novel, ‘FRACTURED SHARDS’ has received 2 awards from @kickstarter,” he explained, adding an image of the book. “The 3rd most backed & 3rd most funded Australian graphic novel ever 😆 I am over the moon with this.

Especially Since It’s My First Foray Into The Comic World.”

In fact, Dan’s Kickstarter campaign, where he earned more than double his AU$10,000 goal, finishing at AU$27,572 (nearly $20,000 U.S.). “I want to thank @kickstarter for providing such an awesome platform,” Feuerriegel said. “@comics2movies for helping [me] bring my vision to life. And finally, I want to thank YOU, the backers. If it wasn’t for you, we would not be in this position. So, THANK YOU.” 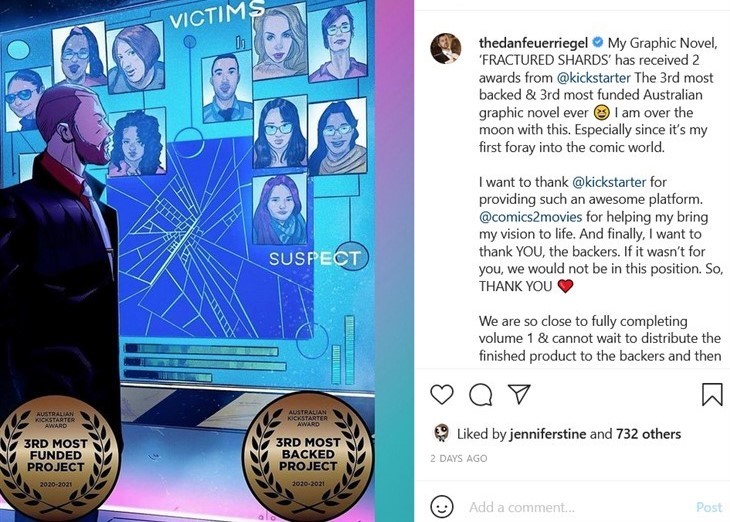 Dan shared that the graphic novel is almost done and ready for consumption. “We are so close to fully completing volume 1 & cannot wait to distribute the finished product to the backers and then open it up to the general public,” he said. “I think you’re all gonna love it.”

Feuerriegel is a hit with fans on DOOL and hit the ground running in a salacious story with Sami Brady DiMera (Alison Sweeney) who is MIA. Did EJ kidnap her? He was none too pleased to learn that she went behind his back with her ex Lucas Horton (Bryan Dattilo). Now that he is all by his lonesome it looks like he is eager to forge a new path with Nicole Walker Brady (Arianne Zucker).