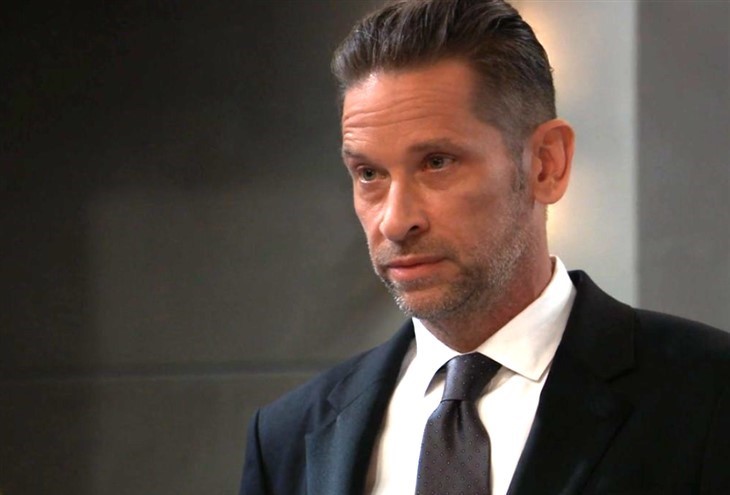 General Hospital Spoilers – The Court Has Accepted The Challenge

Any General Hospital viewer who is at all familiar with court procedures knows that the first step is for the court to accept the challenge to a will. General Hospital viewers will recall the search for the codicil to Mikkos Cassadine’s (John Colicos) will a few years back which allowed Nikolas Cassadine (Marcus Coloma) to unseat Valentin Cassadine (John Patrick Stuart) as the heir to the Cassadine fortunes, and indeed, even proved Valentin wasn’t Mikkos’ son, although Helena Cassadine (Constance Towers) was his mother!

General Hospital (GH) Spoilers: Sonny Learns The Secret’s In The Sauce When Jax Explains Why He Went To Nixon Falls

Austin isn’t out to unseat anyone as Edward’s heir, he just wants what rightfully would have belonged to his late father Jimmy Lee Holt (Steve Bond). He wants the right to be acknowledged as a Quartermaine heir and sit at the “Quartermaine table.” General Hospital viewers know that it was a question as to whether a letter of intent would even pass as a right to challenge Edward’s will – so it’s a major hurdle that the letter has been accepted.

General Hospital viewers will see Scott Baldwin (Kin Shriner) explain the process that will take place in the court and as the court considers the “evidence” meaning the letter of intent found by Harrison Chase (Josh Swickard). Michael Corinthos (Chad Duell) looked at it, and he allowed Austin to have the letter so there can be no contesting it. The Quartermaines’ attorney could have not let it be allowed in had Michael not approved it, citing theft. General Hospital viewers can imagine that Scott will tell Austin to let him do all or most of the talking, unless he is asked a question by the court.

A civil court like this operates a little bit differently than does a criminal court, but there are some similarities. The participants in the courtroom and the attorneys will be expected to dress nicely and will be expected to adhere to court decorum. Each side will have their turn to produce their “evidence” and state their case. However, it will be the judge who will make the decision, and there is no jury. In this sense it will also be similar to a family court.

General Hospital Spoilers – Will This Court Hearing Be The Deciding Court?

General Hospital viewers may wonder if this court hearing will be the deciding court. It may or may not be, depending on if the Quartermaine family attorney wishes to contest the letter of intent. In order to do so, they would have to have concrete proof that Edward Quartermaine either didn’t write the letter and it was forged, or possibly that he was not in his right mind and competent to make such a decision.

The latter would be very difficult to prove unless someone had Edward declared incompetent and had taken over his power of attorney! This did not happen, even though longtime General Hospital viewers know that Tracy Quartermaine (Jane Elliot) probably would have liked to have done so! Instead, as was revealed in recent General Hospital episodes, she merely intercepted mail between Edward and Jimmy Lee! But soon Austin should have his answer – and maybe in time to set another seat at the Quartermaine Thanksgiving table! That is, if Jimmy Lee likes pizza!