The Young And The Restless (Y&R) Spoilers: Jack’s Only Travel Option – Phyllis And Nick Are Shaky 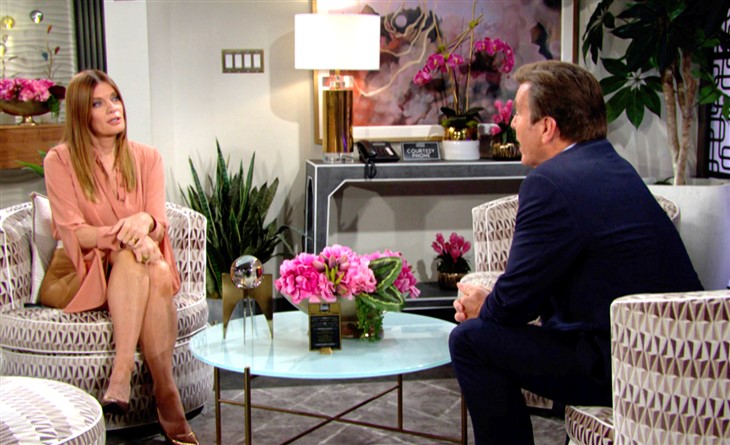 The Young and the Restless (Y&R) spoilers document that Phyllis Summers (Michelle Stafford) made a statement to Jack Abbott (Peter Bergman) that was unusual. Despite Jack’s recent admission that he still loves her and his guilted apology to Nick Newman (Joshua Morrow), Phyllis is okay with flying alone with Bergman’s character on the Jabot jet to Milan, Italy?

Nick is digging for information about Ashland Locke (Richard Burgi) in Toms River, New Jersey, and might not be able to make the trip. Traci Abbott (Beth Maitland) has a work obligation and will not be on the flight either. Both plot points feel soapy, to be direct.

What about Phyllis’ supposed best friend, Lauren Fenmore Baldwin (Tracey Bregman)? She and Michael Baldwin (Christian Le Blanc) are invited to the wedding. They would be a natural couple to swap in for Nick and Traci. But apparently, no.

The Young And The Restless Spoilers – Jack Abbott Running In Place

Why is Jack still single? That is one question. Another issue involves him seemingly not be able to get a date or to want one.

Dina Mergeron’s (Marla Adams) passing happened a while ago. He decided that his mother was sending him a message about renewing his search for love. But what has Jack done to honor his late mother’s dying wish?

Fixating on what Phyllis once meant is not who Jack is or should be. It appears as though one of Genoa City, Wisconsin’s, formerly confident men is now doubting every aspect of his personal life. That is a bad look.

Phyllis feels bad for Jack. She does not pity him but feels conflicted as he is a trusted friend.

Stafford’s character loves Nick. He feels the same, with this edition of Phick running smoothly until Jack’s recent, surprise pronouncement.

Skyle’s coming marriage in Milan underscores the bond Phyllis and Nick formed decades ago. Summer Newman (Hunter King) was born from their love, which has been reborn in modern times. But will Phick follow Summer’s lead and participate in a future marriage ceremony?

The Young And The Restless Rumors: Abby Comes Between Devon And Amanda?https://t.co/aYNchxuFUp

The Young And The Restless Spoilers – Nick Newman Is Distracted

Nick was very angry with Jack. But that was in Bergman’s stand-alone episode dream sequence.

However, Jack’s conscious assessment of what could be described as a daytime nightmare was accurate. He felt guilty about expressing his feelings to Phyllis, as that infringed upon their friendship and disrespected Nick, who he respects.

However, Nick’s focus on Victoria Newman’s (Amelia Heinle) fiancé is potentially telling. Will he remain distracted during this crucial time in his daughter’s life?

Phyllis needs to tell Nick to let his father handle the Ashland backstory. He should focus on Summer. Nick also needs to put Phyllis front and center like Jack’s subconscious mind is doing.