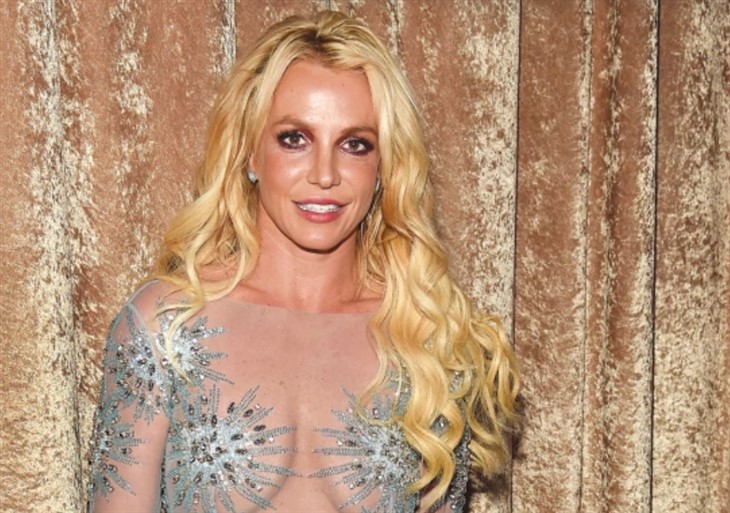 And DWTS season 30 seems determined to outdo all the previous theme nights with an impressively timely event.

Hint: The Princess of Pop gets her very own Dancing With The Stars celebration.

Find out what the cast says about DWTS Britney Spears episode and how it could turn into a major test for host Tyra Banks.

Dancing With The Stars Spoilers – Britney Spears Night: What To Know

On October 4, Dancing With The Stars will dedicate the episode to Britney Spears, per Page Six.

As a result, the 14 stars will team up with their professional dancing partners to perform a routine that’s different from anything DWTS has shown thus far.

Each routine must include inspiration from Britney as the songstress faces battles for conservator amid the #FreeBritney movement.

”It speaks for itself. We’re doing a whole night dedicated to Britney. It’s a lot of support, a lot of love. We [support] #FreeBritney,” said Gleb Savchenko.

And he confessed, “I’m a fan of her music … and she’s engaged, right? That’s awesome! Everything’s happening for her. I’m so happy.”

As a result of the Britney Spears DWTS theme, Dancing With The Stars cast teased some very special dances to watch.

And Savchenko, 38, feels especially enthusiastic about his plans for his celebrity partner, Melanie “Mel C” Chisholm.

The couple will perform a tango to the song that won a Grammy for Spears: “Toxic.”

But prepare for an over-the-top performance, promised the pro dancer.

“It’s like the best song ever, especially for tango. It’s going to be really cool,” gushed Savchenko.

“The costumes and the whole concept, the number, it’s really dope. We’ll definitely do something, some ’Toxic’ sexy moves.”

Mel tweeted her excitement to her followers.

Look for Artem Chigvintsev and Melora Hardin to go for a cha-cha performed to “(You Drive Me) Crazy.”

And Peloton instructor Cody Rigsby promised that he and Cheryl Burke will dance to his “favorite Britney Spears song of all time with “Gimme More.”

Burke, on her part, revealed that the duo will go for a “fierce” challenge.

But don’t rule out The Miz and Witney Carson.

And a warning to those who think that the above contestants will top the leader board.

Suni Lee and Sasha Farber will go for “snakes, Christina Aguilera, Justin Timberlake, we’re going all in,” he promised.

“I’m visualizing ‘Slave 4 U’ and just pushing boundaries,” he explained. “[The song] requires a lot of sensual and sexual, like very in-your-face movements. Suni’s very young, so it’s an emotion she hasn’t yet experienced or felt.”

And they weren’t exactly kind.

One Twitter DWTS viewer compared her to a lizard.

Who is dressing her? #DWTS pic.twitter.com/GKHMDZC0TX

“Who is dressing her?” asked the fan. And the meme spelled out the backlash clearly: “I’d rather have the lizard than Tyra hosting DWTS.”

With the ongoing backlash over Banks’ attire choices, Britney Spears night could turn into a winner or a loser for the DWTS host.

Will Tyra go for a costume that pays homage to the songstress?

Or will she once again aim to turn her outfit into the DWTS centerpiece, facing even more ridicule from viewers?!

Tweet us your views on what Tyra Banks should wear for DWTS Britney Spears night.

And be sure to check back on our site for all your DWTS news and updates.