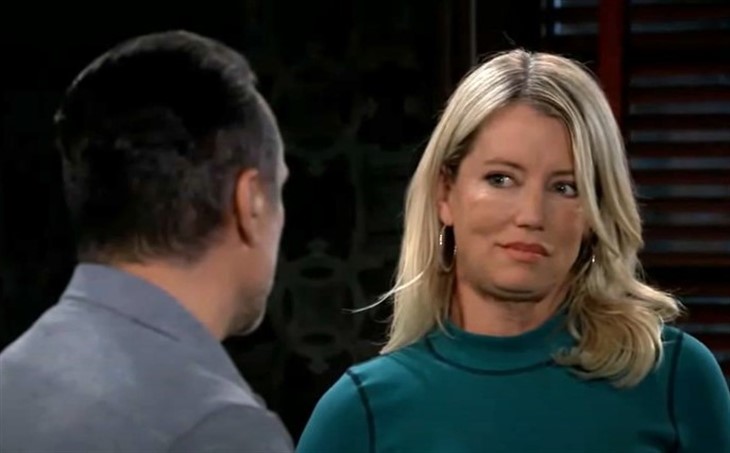 General Hospital (GH) spoilers tease that it might not be so easy for Sonny to get Nina out of his system. He loves Carly but still has Mike’s memories and feelings.

Maurice Benard recently hosted a Facebook live session where he took questions from fans. He gave a few teasers regarding Sonny Corinthos and how he will reacclimate himself into Port Charles society. One of them is related to Nina Reeves (Cynthia Watros) and the bond the two still share.

Benard said that Sonny loves Carly but also has feelings for the woman who lied to him for months. Immediately after regaining his memory Sonny lashed out at Nina and all traces of Mike seemed to be gone. The actor said that Mike’s feelings should not be expected to “simply fade away” so viewers can expect some conflict.

Benard goes on to say, “You can forget your memory, but you can’t forget your heart. The actor told his followers that his character will protect Carly Corinthos and stand by her but anytime he finds himself close to Nina, “stuff happens!” It sounds like the duo might find themselves fighting their emotions, and who knows, they could one day give in to temptation.

GH Spoilers – Could Sonny Corinthos And Nina Reeves Hook Up?

Maurice Benard did not come right out and say it but he may have been preparing viewers for a possible hook up between Nina and Sonny. If the right situation presents itself, the two may find they cannot keep their hands off of one another. The same thing could also happen with Carly and Jason which would be a big shock to General Hospital fans.