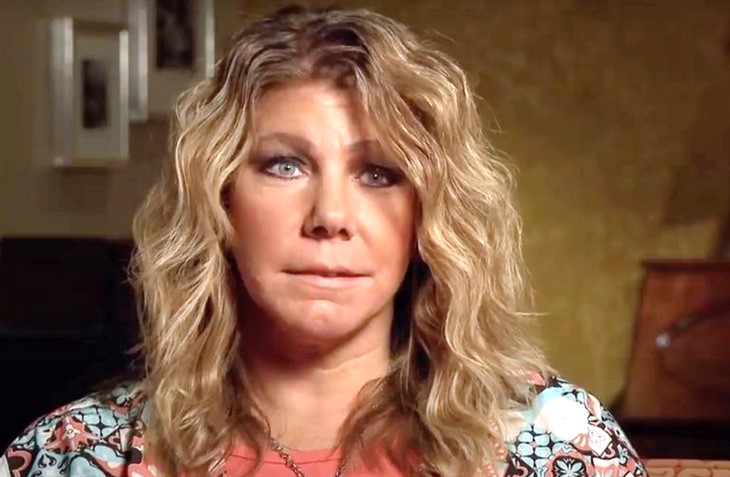 Sister Wives spoilers show that star Meri Brown is no stranger to losing loved ones. Her mom and dad both passed away. Plus, her sister Teresa passed away from cancer in 2006. Actually, she also seemed shaken when Kody’s dad, Winn passed away in 2013. On the occasion of what would have been her mom and dad’s anniversary, she shared a lovely story about them.

Meri Brown often gets mocked on social media because she always seems to be crying on the TLC show. To be fair though, she cries less than Robyn these days, who fans call “Sobbin’ Robyn.” However, Meri certainly has a few things to cry about. Fans believe that Kody treated her terribly badly after their divorce. Recall, she divorced him so he could adopt Robyn’s kids. Many fans urged her to leave him, but she resolutely sticks with the union.

Real Housewives Of Miami: Alexia Echevarria Loses Mother To COVID On Day Was To Wed

Sister Wives fans see that Meri Brown refuses to be the one who walks away from her marriage. Still, it can’t be that easy sharing the life of a man who told the whole world that he feels nothing physically for his first wife. Sadly, their last tragic chat about their relationship came soon before her mom Bonnie unexpectedly passed away. Now, she turned her thoughts to her mom and dad as they would have celebrated their anniversary last week.

Meri Brown took to her Instagram on Friday, October 1. She shared five photos of her parents dating back to their wedding day. In her caption, she said, “This day in 1965 was the start of an eternal love story. ❤” She related how her mom and dad married at the “LDS Oakland CA temple.” Then she recalled that her dad often sang ‘More’ by Andy Williams,” Over the years, it became her “favorite.”

The Sister Wives star talked about how she only found out that it was the special song they chose for the wedding after Bonnie passed away. She also recalled that her dad “always brought [Bonnie] roses.”  roses.

As her mom loved the flowers so much, after her dad passed away, Meri Brown sent her mom roses to remind her of her lovely husband.

Meri Brown said that Bonnie and her husband last celebrated an anniversary after 41 years. That came nearly a year before he passed away. Now, she hopes that in heaven he gave her some heavenly roses and, “danced her around the dance floor.” In fact, she added, “I have no doubt that he arranged a special performance of ‘More’ by the amazing Andy Williams himself for my mom.“

Be sure to catch up on everything happening with the cast of TLC’s SW right now. Come back here often for more Sister Wives spoilers, news, and updates.