The Young And The Restless (Y&R) Spoilers: Mariah Continues To Spiral Out Of Control 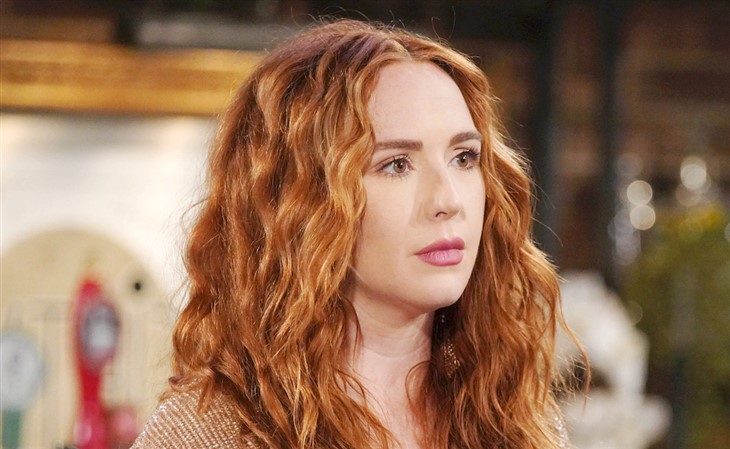 The Young and The Restless (Y&R) spoilers and updates reveals Sharon tries talking to her daughter and only makes the situation worse. Mariah has tunnel vision and believes she alone has the solution to get her through her current situation.

The Young And The Restless Spoilers – Sharon Newnan Senses Trouble

Mariah Copeland’s (Cameron Grimes) behavior continues to spiral out of control which signals that all is not well. Sharon Rosales (Sharon Case) paid a visit to her hotel suite on Thursday and became even more concerned. Tessa Porter (Cait Fairbanks) left so the mother and daughter could speak alone but Sharon was left rattled after their encounter.

When her daughter mentions moving out of the Chancellor mansion, and her difficulty letting go of Dominic Sharon says she has heard a few things and Mariah realizes her mother has been talking to Tessa

Sharon says she could suggest some therapists to help with postpartum depression and separation anxiety. Once she says she doesn’t want Mariah to isolate herself or rush into anything big this causes a meltdown.

The Young And The Restless Spoilers – Tessa Porter Gets The Blame

Mariah becomes irate and wonders why Tessa discussed their talk of having a baby with her mother. She says there is nothing wrong with wanting a child with the woman she loves and insists that she is 100% ready but obviously, her partner is not. Meanwhile, as Tessa is at Society talking with Abby Newman, (Melissa Ordway) about Mariah’s problems she receives a troubling text.

Spoilers indicate that on Friday, Mariah will go off on Tessa and wonder why she would talk about her behind her back to Sharon? Mariah believes that Tessa having a baby will solve everything but they are not on the same page. When she finds out that Tessa does not want a child right now this will be a turning point in their relationship.