Days Of Our Lives (DOOL) Spoilers: Marlena’s Gory Sacrifice For Doug Is Irreversible? 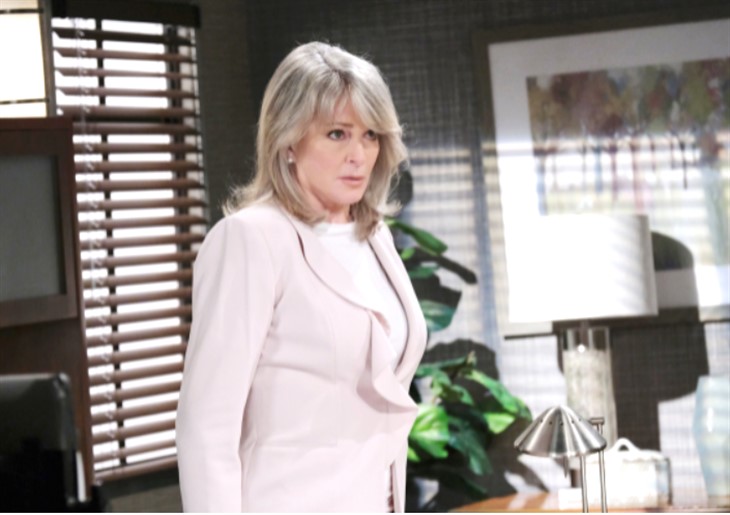 Days Of Our Lives (DOOL) spoilers and recap reveals in the midst of all the chatter related to the possession storyline, one important factor has been overlooked. While Devil-Doc is attempting to silence the oldest Salamite, Marlena sacrificed herself in order to spare Doug’s life.

DOOL viewers as well as Salem residents initially assumed that Doug Williams’s (Bill Hayes) strange behavior was because he had dementia. He locked Julie Williams (Susan Seaforth Hayes) in a freezer and later referred to her as a bitch. Doug grabbed Paulina Price (Jackee Harry) by her rear end and became obsessed with devil’s food cake. The demon entered Doug first in order to assure later access to Marlena Evans (Deidre Hall).

Days Of Our Lives (DOOL) Spoilers: Philip Lashes Out At Chloe For Her So-Called ‘Betrayal’

The demon knew that Marlena would begin treating Doug professionally, once he began displaying strange behavior. Once they were alone in the office the entity made himself known and offered Dr. Evans a bargain she couldn’t refuse. He promised to leave Doug alone if invited back into Marlena’s body. When Doug was found on the floor of her office the transfer had taken place.

It’s not clear how the demon took control of Doug but one thing is certain. The entity had to be invited inside of Marlena and she welcomed him in order to spare Doug’s life. Once the exorcism is complete this should not be lost on those living in Salem.

DOOL Spoilers – Doug Williams Might Be Able To Reveal The Truth

Doug knows what really happened and he tried to tell Julie and Eli Grant (Lamon Archey) but they did not understand. Devil Doc was going to silence Doug by smothering him with a pillow but Eli walked into the hospital room. Now he is nervous and unable to speak coherently but hopefully one day soon he can reveal the truth.