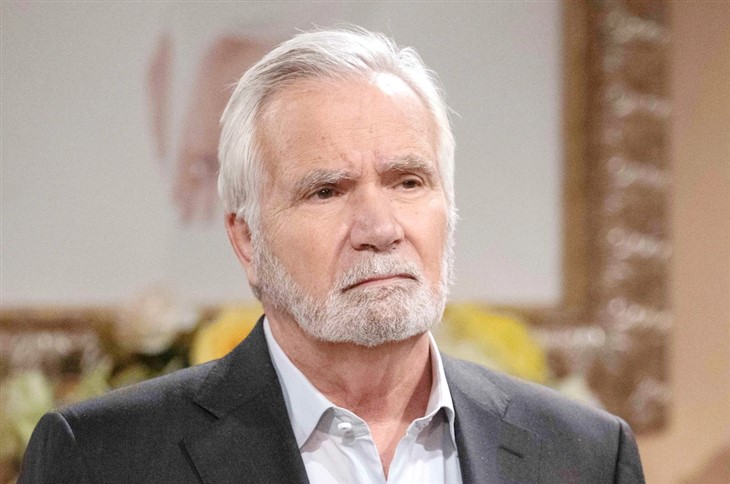 The Bold and the Beautiful (B&B) spoilers document that Eric Forrester (John McCook) is not alone. He passionately cited his great angst at that reality.

But Eric’s revealing conversation with Ridge Forrester (Thorsten Kaye) reconfirmed that his marriage to Quinn Fuller (Rena Sofer) was and can still be accurately defined as troubled. An intriguing question is also produced as well.

Are all of the people who boycotted Queric’s marriage and Quinn’s continued place in Eric’s life right or not? The answer to that question must consider Eric’s perspective, which he believes Ridge is disrespectfully discounting.

The Bold And The Beautiful (B&B) Spoilers: Will Eric Have a Heart Attack Under Bridge’s Pounding?

Quinn did not have to stay with Eric. She could have left him at any point in the past year. But she stays at the mansion, which Eric stressed to his son.

Ridge could be tagged with a nickname that takes from his son’s first name, Doubting Thomas. But Thomas Forrester (Matthew Atkinson) is not the person who is facing heat in this instance.

Eric resents that Ridge believes he knows what is best for his dad. McCook’s character feels demeaned.

It was sad to see Eric break down and reveal why he is allowing such an outlandish situation to exist. The one-time swagger that Eric held as the patriarch of the Forrester family has been replaced by self-doubt.

Eric mentioned a variety of people, including Ridge and Donna Logan (Jennifer Gareis), who left the mansion through the years. But he said that Quinn kept coming back. That was the tell-all.

But Ridge is not the type of person to allow his father to live in such a dysfunctional environment without speaking out.

Donna’s name was specifically cited above because she was seemingly being teased as Quinn’s most likely replacement. But TPTB appear to be writing a head-fake, as Donna’s sister, Katie Logan (Heather Tom), has grown close to Eric in recent weeks.

Katie did not remarry or reconcile with Bill Spencer (Don Diamont), which felt like a setup for the next storyline in recent months. It might be that Eric and Katie are in the process of developing their friendship.

It is unusual that Donna has not sought Eric out, as her sisters are certainly keeping her in the loop about Queric’s wild tale. But boxing Gareis’ character, who is one of Eric’s ex-wives, out of the storyline is giving Katie time to bond with him. That makes Donna’s absence understandable and also establishes a fight with Katie if she and Eric become a couple.