The Young And The Restless (Y&R) Spoilers: Ashland Wants Nick To Keep A Secret 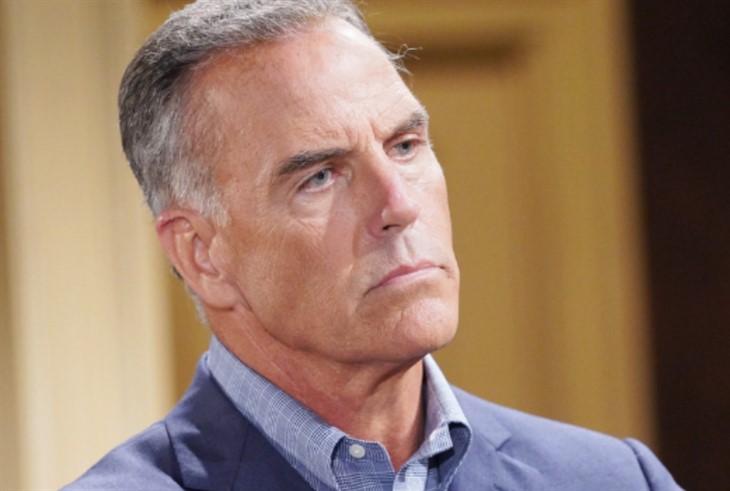 Viewers of The Young and The Restless will recall that Ashland emotionally explained that as a young teen, he ran away from home and an abusive father, and had formed a close friendship with another runaway named Ashland Locke. The original Ashland Locke had protected him from his father and hidden him out when his father came looking for him. The two got into a car crash where Ashland wrapped his car around a tree, the car caught on fire and Bobby couldn’t free Ashland – the two had gotten matching tattoos on their legs, which is what Bobby’s father ultimately used to identify Ashland’s body as Bobby’s.

In trying to free his friend, his friend’s wallet had popped out of his pocket and flew to the ground, and in a split second decision, assuming his friend was dead, he switched wallets and ran. Viewers of The Young and The Restless will recall that Victoria defended Ashland since he was only a kid.

The Young And The Restless Spoilers – Alone, Victoria Newman Has Serious Questions For Ashland Locke

After they leave Society, Ashland gets a room at the Grand Phoenix and explains to Victoria he wants to give her some space. Viewers of The Young and The Restless will recall Ashland had a few drinks to muddle over his decision to move out from Victoria’s home, even if only temporarily. It was not an easy decision. Victoria comes to Ashland’s Grand Phoenix room and they head inside. Victoria understands his thinking she might need some space!

Ashland found it admirable that Nick went to such lengths to protect his sister, considering he had never had that kind of protection growing up, save his friend Ashland Locke’s attempts. He doesn’t want Victoria to hate Nick for what he did. But she tells him she didn’t come to talk about Nick! She wants to talk about them – or at least who she thought they were! She understands his teenage desperation, but cannot understand why he kept his past a secret from her. Viewers of The Young and The Restless may also see that as a red flag!

Viewers of The Young and The Restless know that there’s an even bigger red flag that has presented itself not only to Nick, but also to Victoria! She and “Ashland” get into a bit of an argument over his not being more forthcoming with her!

She compares him to Billy Abbott (Jason Thompson) and calls him unpredictable. Victoria gets in “Ashland’s” face and wants to know if he’s hiding anything else, considering he just as much as had been lying to her face! He avoids the question and then she wants to know about Jesse Gaines (Jamison Jones) and why he was in Genoa City?! “Ashland” promises to tell her everything if she can tell him on the plane on the way to their wedding.

He hopes she hasn’t stopped loving him. Victoria reassures him that she hasn’t and couldn’t stop loving him and agrees the flight would be a good place to discuss everything. She then goes downstairs to find Nick waiting and they argue about Ashland. Victoria feels betrayed by her brother but he doesn’t see his actions as a betrayal.

Nick asks if Victoria has any doubts about “Ashland” now. Locke appears and Victoria leaves to go home to pack. He and Nick talk about Nick’s role in the truth coming out, but Nick obviously knows more than he let on in front of Victoria! Locke asks him to keep what he knows to himself until he has a chance to come clean with his sister! Viewers of The Young and The Restless may see this as a cover up ploy and they may be right!