The Bold And The Beautiful (B&B) Spoilers: Eric’s Fears Are Overwhelming Will James Return To Help? 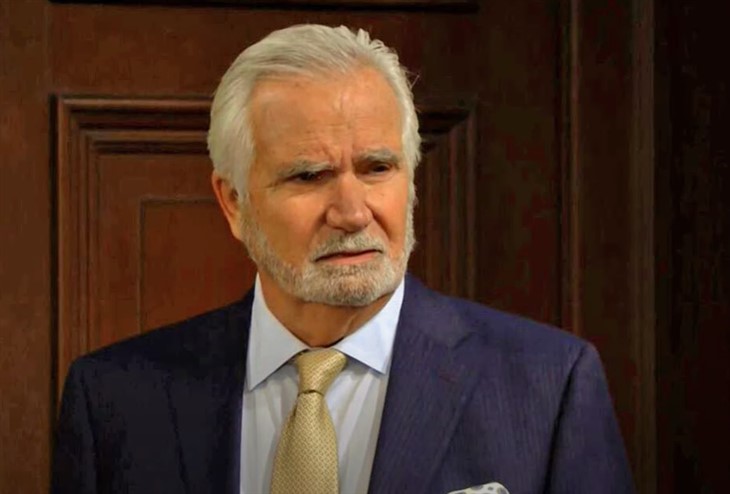 The Bold and the Beautiful (B&B) spoilers document that Ridge Forrester (Thorsten Kaye) finds himself in a box he created. Ridge’s certainty about Quinn Fuller (Rena Sofer) has been proven wrong.

As a result, Ridge forced his dad to make a humiliating admission. The truth that Justin Barber (Aaron Spears) seemed to confirm was never expected. Yes, Quarter exists, but with Eric’s blessing.

Eric’s ego is damaged. He is also so afraid to be alone that he is willing to condone a dysfunctional situation that Quinn and Carter Walton (Lawrence Saint-Victor) foolishly agreed to sustain. It is fair to say that what they are doing to Eric is knowingly cruel.

The Bold And The Beautiful Spoilers – A Specialist Is Needed

John Finn Finnegan (Tanner Novlan) is Eric’s grandson-in-law. He is a doctor but is not certified in the areas of medicine that relate to Eric’s two conditions.

Eric has sought medical advice regarding his ED problem. But he is also suffering from what appears to be symptoms of depression.

Sheila Carter (Kimberlin Brown) is back in town, which would allow Buchanan to work with that former castmate. They produced various memorable scenes together. James was also married to Maggie Forrester (Barbara Crampton), who was previously married to Eric’s brother, John Forrester (Fred Willard).

No matter where James’ storyline left off all is possible in daytime.

As of now, Eric is both committed to Quinn and fully influenced by her. She knows that and should seek a healthy solution to this problem.

Kudos to the writing staff for crafting a believable storyline that includes numerous nuances. Sofer and Saint-Victor are delivering terrific performances that allow audience members to understand both character’s points of view.

Eric seems determined to live behind his fears indefinitely. Quinn does love him and must either find the strength to end Quarter or Queric. Both pairings are not simultaneously sustainable.

The Bold And The Beautiful Spoilers – Ridge Forrester Crosses The Line

Ridge is doing what is right. While his methods were aggressive, there was no way that he could have known what Justin would confirm and Eric would clarify.

But Eric believes that Ridge crossed a line. Considering Quinn’s modest flirtation with Ridge in the recent past, Eric’s wound has been reopened.

It is now possible that Ridge will be temporarily out of his father’s life instead of Quinn. That outcome seemed impossible until recently. But such is the collateral damage potential in this complex love story on B&B.