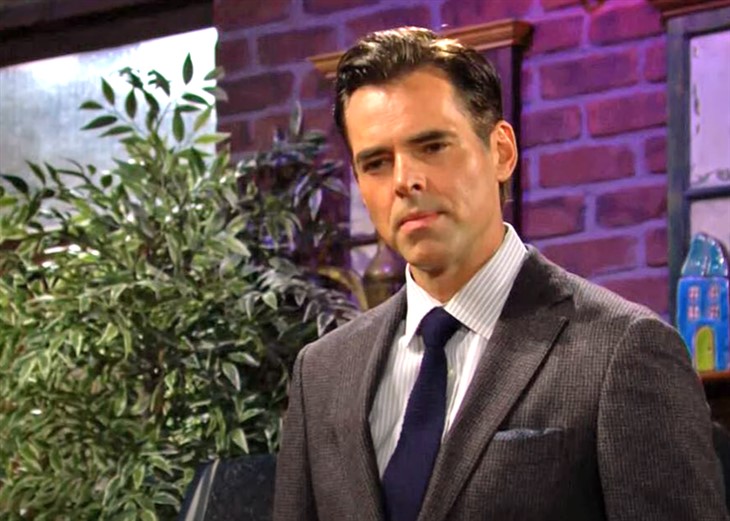 The Young and the Restless (Y&R) spoilers document that Billy Abbott (Jason Thompson) is determined to prove that Ashland Locke (Richard Burgi) is not telling the truth about his past. As viewers and some characters know, Billy is right.

Adam Newman (Mark Grossman) does not like Billy. The late Delia Abbott’s (Sophie Pollono) father will never allow Adam to be anything other than the man who supposedly ran down Delia eight years ago this fall.

Meanwhile, Delia’s mother, Chloe Mitchell (Elizabeth Hendrickson), is now employed by Adam. That plot development asks viewers to suspend disbelief to the utmost degree. However, it also created the scenario where Chloe introduced Adam to Sally Spectra (Courtney Hope), who projects as his next love interest.

Adam is okay with Ashland. He sold Cyaxares Communications to Victor Newman (Eric Braeden), albeit with some last-minute pressure tactics. The result is Newman Media, with Ashland on the Board of Directors.

So, that entity became ChanceCom’s competition. That took the Adam-Billy conflict in a new direction.

However, Billy wants the best for Victoria Newman (Amelia Heinle). Adam recently accepted his sister’s wedding invitation and has no interest in antagonizing her. So, whether they see it or not, Billy and Adam are on the same side when it comes to wanting what is right for Heinle’s character.

Chloe brushed off warnings about Sally’s personality and history. She needed a colleague to work with at the fashion platform within Newman Media and Sally fit the bill.

What Chloe did not expect was for Sally to take a shine to Adam. That happened, with Chloe realizing that Sally supplanted Chelsea Lawson (Melissa Claire Egan) as being vulnerable to Adam’s charms.

Sally is focused on upward mobility. Adam represents that option now that Jack Abbott (Peter Bergman) is no longer open to coupling.

Delia’s parents will always share a deeply personal bond. They never were a romantic couple, as Chloe’s obsession with Billy created their connection.

But as the years have passed, Chloe matured and now has a Khole family. Billy is devoted to his two other children and is in love with Lily Winters (Christel Khalil).

Adam and Sally’s link could allow Chloe and Billy to combine forces. Information sharing and their desire to right perceived wrongs project to make a projected Ally pairing Chloe and Billy’s next area of mutual concern.