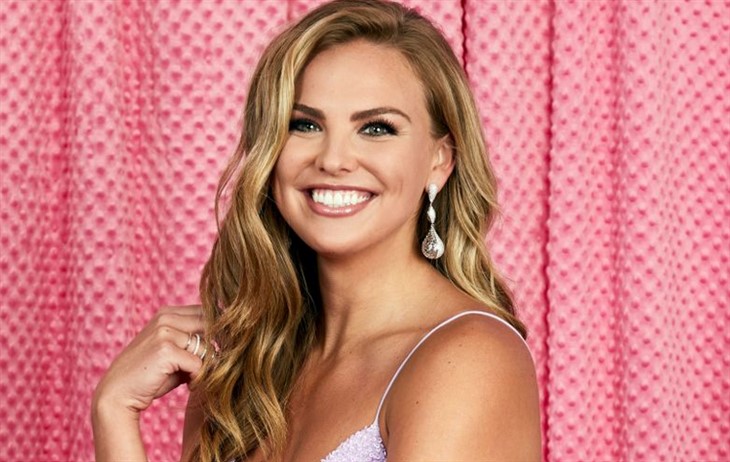 Dancing with the Stars (DWTS) winner, Hannah Brown sailed high in Season 28 as she took away the Mirror Ball Trophy. That came after she saw increasing popularity on Bachelor Nation. ABC fans loved her for her frank admissions to insecurities. Plus, they liked that she didn’t settle for just any old guy. On October 5, she seemed a bit concerned and took to her Instagram warning that her social media was hacked.

Ahead of Season 30 of the ABC show, Hannah got involved in a friendly way with contestant Matt James. Well, he’s a best friend of Tyler Cameron, who Hannah rejected in favor of Jed Wyatt on The Bachelorette. They remained friends after that but never reunited as hoped. In fact, as she rehearsed so hard for DWS, she probably didn’t have time to worry about Tyler. Anyway, she helped Matt with his last-minute practice for the show this year.

Dancing With The Stars (DWTS) Spoilers: Voters Save Covid-Positive Couple Cheryl And Cody

Dancing with the Stars fans knew that they’d see someone in the show this year from Bachelor Nation. After all, Hannah won in season 28, and Kaitlyn Bristowe took the Mirror Ball Trophy in Season 29. Many rumors suggested that Chris Harrison, the previous host of The Bachelor, might perform. That never happened, but the show did get Matt James. However, this week, Hannah took her mind off the current DWTS edition.

Hannah Brown last posted on her main Instagram page on the weekend. She posted a photo of herself with her boyfriend, Adam Woolard. In her post, she wrote, “He likes my sugar. 😘” Well, her many fans love that they look so happy together. Actually, when she appeared in DWTS, many fans hoped that she and pro-dancer, Alan Bersten might become a couple. That never happened, and he returned to the show again this year.

Dancing with the Stars fans and Bachelor Nation heard on October 5, that Hannah Brown seemed very concerned about her Twitter account. She posted about it on her Instagram Stories. Her slide read, “Hi! My Twitter account  has been hacked!” Then she added, “If you see any tweets coming in, they’re not from me.” Finally, she apologized for the “confusion.” 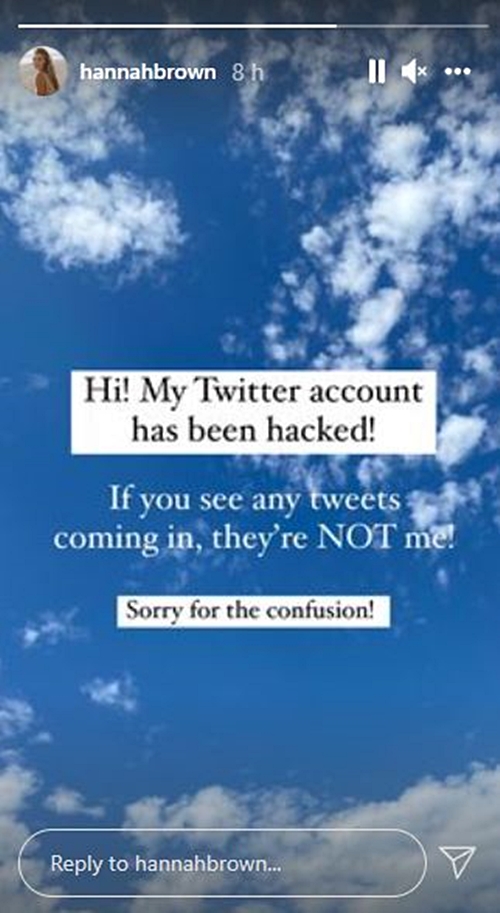 So what went down on the social media platform? We checked it out for you.

Dancing With The Stars Spoilers – What’s Happening On Twitter?

Checking out Hannah’s Twitter, potentially, she already sorted out the problem. Nothing seems untoward in her posts there. In fact, the last tweet under tweets and replies was about her and Adam going to stay in a treehouse. That came on September 30. On the same day, she shared about being excited about the fall.

Under the post about fall, a follower asked, “I think you have been hacked?” Then another one wrote, “I also think so, why would she sell a ps5 to a fan lmao. Giveaways is all influences do.“

Well, the offending tweet about a sale seems to have disappeared now. So hopefully, the problem has now been resolved.