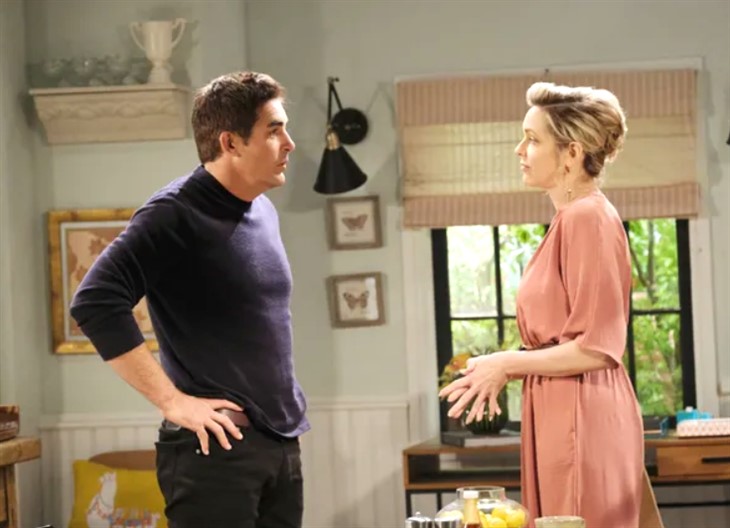 Days of Our Lives (DOOL) spoilers reveal that Rafe Hernandez (Galen Gering) is in love with Nicole Walker (Arianne Zucker). However, he refuses to admit it and actually begged Ava Vitali (Tamara Braun) to stay in the relationship. Now that Nicole and – are seeing each other, the love triangle will get vicious and volatile.

DOOL spoilers reveal that when Nicole and Eric Brady (Greg Vaughan) were married, they lived apart. Right after tying the knot, Eric went to the Congo to help villagers. The former priest promised they would visit each other and that the excursion was only three months. However, none of the visits happened for one reason or another. Then, three months turned into a year.

While Eric was gone, Nicole got lonely and began spending a lot of time with Rafe. Nicole told the commissioner that she was developing romantic feelings for him. However, Rafe pushed the idea aside and claimed that Nicole was just missing her husband.

Despite “Ericole” getting a divorce and Nicole now being single, Rafe still won’t admit how he really feels. Ava can see that Rafe and Nicole have feelings for each other and offered to step aside. However, the more Rafe denied the truth, the more frustrated Ava became. At one point, she packed her bags and was going to move out, but Rafe begged her to stay.

When Ava first started dating Rafe, Nicole admitted that she had feelings for her former flame. Eventually, the ex-mob princess realized that Rafe felt the same way. Ava even told Nicole how Rafe really felt, but she still insisted on keeping her distance. Nicole is friends with both Rafe and Ava. Plus, she wants to give the couple a chance to see if they are meant to be or not.

Days of Our Lives spoilers reveal that EJ and Nicole go out on a date. Of course, they just had to run into Rafe and Ava while dining at Brady’s Pub. It is an awkward encounter for both couples. Nicole can’t stop thinking or staring at Rafe, which EJ probably notices. Meanwhile, Rafe is venting to Ava about who Nicole is dating.

It is teased that during the week of October 11, EJ and Rafe will have a volatile confrontation. Rafe is jealous that Nicole and EJ have rekindled their old romance. As the two enemies throw insults at each other, the situation will reach a boiling point. What will Nicole decide to do about her love life? Will Nicole listen to her heart or will she keep “denial-dating?”