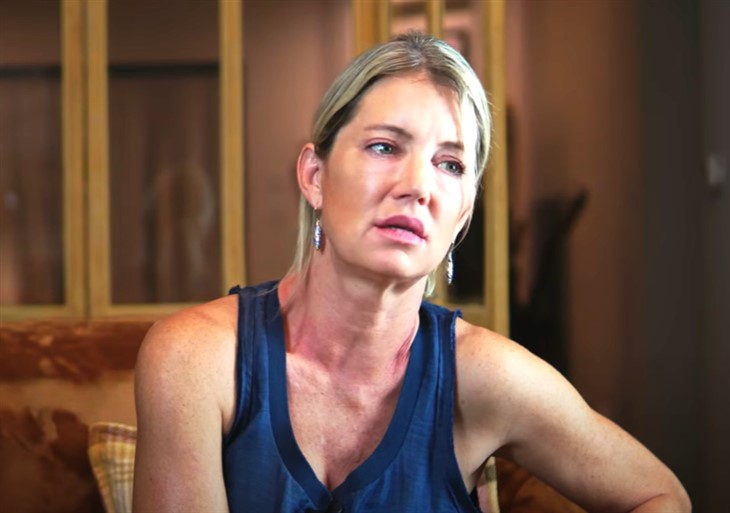 General Hospital (GH) spoilers and updates tease that Cynthia Watros, also known as Nina Reeves on the soap, opened up about her DIU incident and her grandmother’s struggle with mental illness. The Emmy-award winner joined her co-star Maurice Benard in his “State of Mind” podcast on mental health.

The actress admitted that one of the biggest challenges she had to face was after filming ABC’s Lost. The cast and crew gathered all together to watch the show. During that time, she had too many drinks and unfortunately got arrested for a DUI.

Watros said that her character died on the show. “Who knows if that would have happened to the character with or without that DUI. It was definitely not one of the stellar moments of my life,” she said

She knows everyone makes mistakes but she wishes that she’s done something better. Watros said she learned from that mistake, which was all she can take from that experience.

Watros and Benard tackled a lot of things including her grandmother’s struggle with mental illness, a topic that Benard can relate to. They also discussed the struggles of her twin girls in college during the pandemic as well as her experience as she went to college with Maura West.

General Hospital News – Reminiscing The Past

Watros grew up in Michigan in the small town of Lake Orion. She had a health problem called Thrombocytopenia. She’s been in and out of the hospital for two years and had to undergo chemotherapy.

The actress revealed that her lightbulb moment started when she went to college. She didn’t do well in school and had a rocky home life because her parents weren’t around. Her life started to change after she decided to go on auditions. She was eventually convinced to go to Boston University where she discovered her love for acting.

She struggled during her first year but eventually landed a job on Guiding Light. She played the role of Annie Dutton. She had an amazing experience with soaps. She learned how to make quick decisions, memorize and make choices quickly.

Then she decided to leave even, a decision that was extremely hard for her to do. She auditioned for a role on ABC’s Lost and moved to Hawaii with her twins, who were still toddlers during that time.