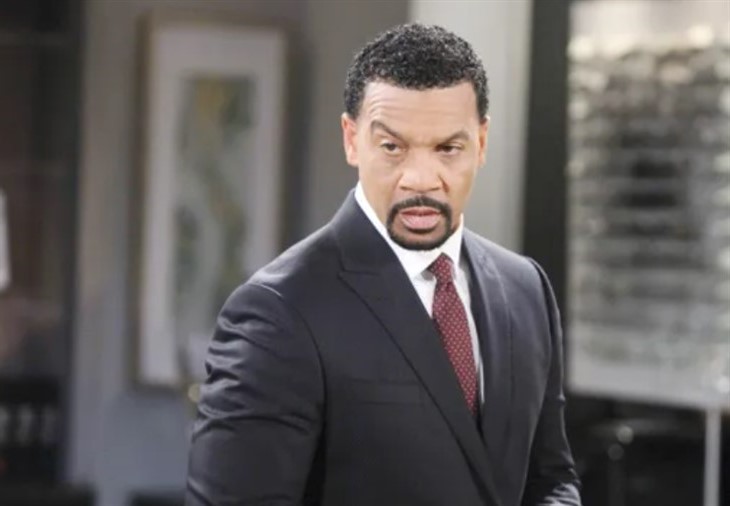 The Bold and the Beautiful (B&B) spoilers reveal that fans are disappointed that after some meaty scenes during the summer with Dollar Bill, Justin is back to square one. Instead of riding the wave he has been demoted to nothing more than an errand boy for Ridge.

B&B viewers loved the storyline where Justin Barber (Aaron D. Spears) went a little psycho and tried to take over the empire of Dollar Bill Spencer (Don Diamont) and locked Thomas Forrester (Matthew Atkinson) in a cage. The storyline gave Spears something he could sink his teeth into. Instead of the writers keeping the momentum going, they reduced this character to be an errand boy for Ridge Forrester (Thorsten Kaye).

When asked a few years back how he felt about going back between contract and day player status for a decade Spears gave an interesting answer. He said that it was “their” show and he will work whenever needed. Viewers have voiced that they want Justin to have more screen presence but the powers that be don’t seem to be listening. His portrayer seems to have the right mindset in this situation.

The Bold And The Beautiful Spoilers – Ridge Forrester Was Condescending

Many viewers are saying they are upset that Justin went from being the lapdog of Dollar Bill to being a flunky for Ridge. After delivering the news to Brooke Logan (Katherine Kelly Lang ) and her spouse that Carter and Quinn were sleeping together Ridge replied, “Justin you did good” as if Barber were a trained seal or trick pony.

Aaron D. Spears shined when he was in the spotlight and viewers loved it. B&B executives should take note and act accordingly. Justin can offer so much more than being an errand boy for Bill and Ridge.