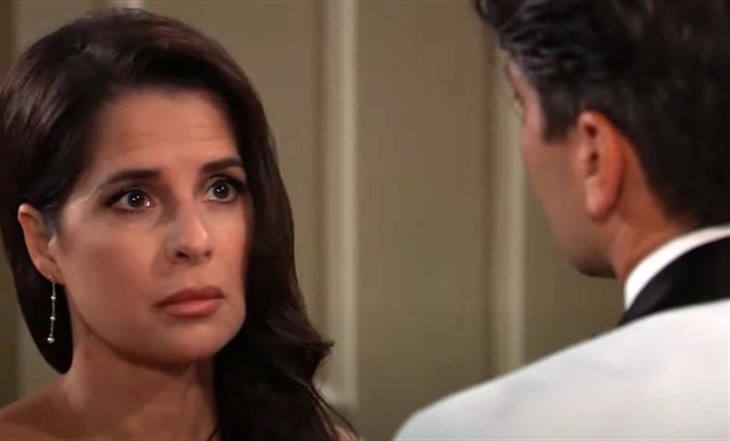 General Hospital (GH) spoilers tease that there really aren’t any obstacles left for Sam McCall (Kelly Monaco) and Dante Falconeri (Dominic Zomprogna). The have been dancing around each other for months now. And with Sam declaring that she isn’t in love with Drew Cain (Cameron Matheson) that should remove any obstacles the two have in their quest for romance. But it hasn’t been an easy road. And there may yet be more down the road, but for now things should move forward nicely.

Any potential romance for Sam other than with Jason Morgan (Steve Burton) would have seemed crazy even a year ago. But Sam finally broke things off with Jason for good because of the threat Cyrus Renault (Jeff Kober) posed to anyone close to the mob enforcer. It hasn’t been easy for Sam to just let go of years of romance. But she hasn’t looked back ever since declaring her independence from Jason on the 4th of July. Interestingly, just as the fireworks went off, she shared a kiss with Dante!

GH Spoilers – Lulu Falconeri Is Currently Out Of The Picture.

In much the same way, Dante is also single in every sense of the word. The love of his life, Lulu Falconeri (Emme Rylan) was caught in an explosion almost a year ago. She suffered severe brain injuries as a result and has been in a coma ever since. Lulu has shown no signs of recovery even as she was transferred out of the city for extended treatment. Lulu will likely wake up at some point, but for now Dante has to move on as if she won’t.

Most recently, Sam and Dante have grown closer as a result of her investigation into the whereabouts of Drew. Dante may have worried that Sam would be romantically interested in Drew, but she eased Dante’s concerns when she said she didn’t really ever know the real Drew. And as this adventure brings them closer, a full fledged romance seems to be in their future. At least until Lulu finally wakes up.

Do Sam and Dante have what it takes to be a long lasting couple? Or are they a perfect example of a rebound romance? Will Lulu return sooner rather than later? Anything can happen in Port Charles, so stay tuned to General Hospital airing weekdays on ABC. And don’t forget to check back right here regularly for all your General Hospital news, information and spoilers!