The Bold and The Beautiful (B&B) spoilers and updates reveals Liam and Hope have been living blissfully for months, but all of that is about to change

The Bold And The Beautiful (B&B) Spoilers: Hope Has Been Keeping A Secret About Deacon 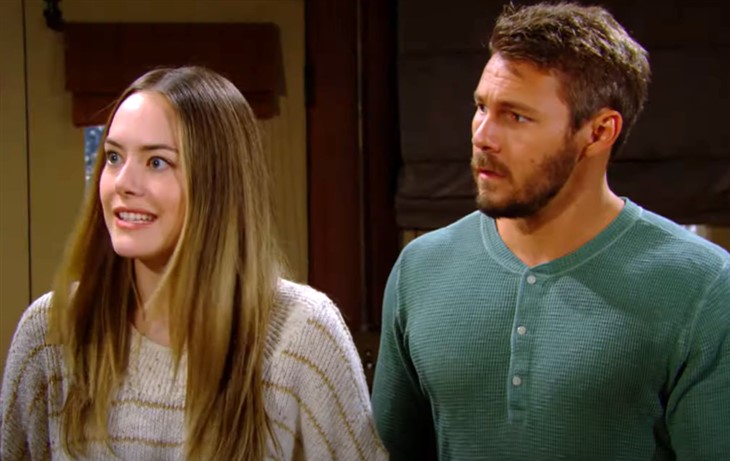 The Bold and The Beautiful (B&B) spoilers and updates reveals Liam and Hope have been living blissfully for months, but all of that is about to change. Mrs. Spencer has been keeping something from her husband about her dear old dad and when Liam finds out he will be shocked.

Spoilers for The Bold and the Beautiful suggest that Hope Logan Spencer (Anika Noelle) has been hiding a secret from her husband and now the truth will literally show up on their doorstep. B&B fans already know that Deacon Sharp (Sean Kanan) has been released from prison. He will go straight to Lope’s home because his daughter invited him.

B&B Spoilers – Hope Logan Has Some Explaining To Do

Spoilers are implying that Hope has been secretly in contact with her dad while he was in prison. She may have also invited him to come to her home upon his release. Liam Spencer (Scott Clifton) will be stunned to find out his ne’er do well father-in-law is on his property. He will be livid should his wife admit that she has been corresponding with Deacon and invited him to their home.

It’s not clear how long Hope has been in touch with her father or which one of them initiated the communication. Viewers know that Hope has shown empathy toward John Finnigan (Tanner Novlan) who wants a relationship with his birth mother Sheila Carter (Kimberlin Brown). This may have influenced her to ask her dad to come to their home.

Spoilers say Deacon is going to come between his daughter and her husband and Hope keeping their relationship a secret will be the biggest factor. Inviting her father to their home will cause a rift that will increase as time goes by.