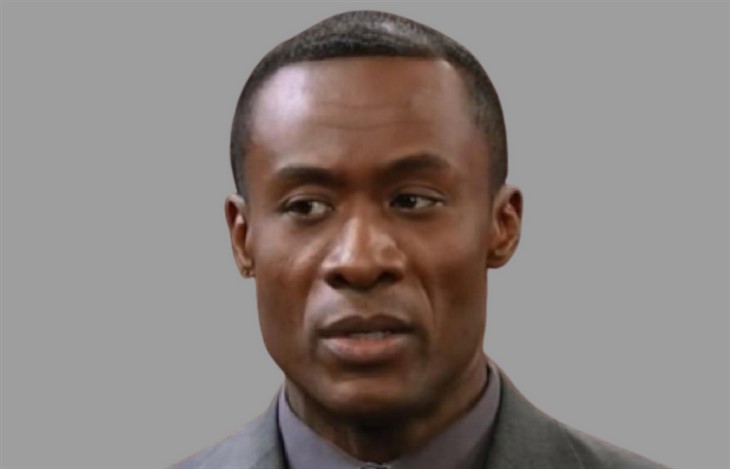 General Hospital viewers will recall from previous General Hospital episodes that all roads led to dead bodies when Jordan Ashford (Briana Nicole Henry) arrived separately at a house where Curtis Ashford (Donnell Turner) and Portia Robinson (Brook Kerr) were also going. They were all trying to get information from Roger Barstow (Brett Chapin) who formerly worked as a clerk in the Crichton-Clark Clinic. It had previously been discovered that he and Naomi Dreyfus (Gigi Bermingham) had flown together to Port Charles.

Naomi, who General Hospital viewers will remember was Hayden’s mother, showed up unexpectedly in Port Charles and was found dead the next day in her room at the Metro Court. Thus began a mystery – with Jordan, who was trying to find Hayden for Shawn, and Curtis and Portia trying to find information on the Crichton-Clark Clinic related to Sam McCall’s (Kelly Monaco) call from Drew Cain (Cameron Mathison) converging on the same house in Finger Lakes, New York. There they found Roger Barstow dead, and Curtis chased his likely murderer without capture. Portia and Jordan nearly became dead bodies themselves because of being locked in the basement, with a gas leak!

General Hospital viewers will recall that Jordan could no longer help Shawn investigate what happened to Hayden, because her one kidney was compromised due to the gas leak. She was taken from General Hospital to a clinic in Albany, New York at the referral of Dr. Austin Gatlin-Holt (Roger Howarth). Viewers will recall that Shawn has been trying to clear his name, having been convicted for a shooting several years ago that had left Hayden in a coma.

But before she passed out, she tried to say who had shot her – she had seen the gunman. General Hospital viewers will remember that Shawn took a plea bargain, which he probably should not have done at the time. He was working as Sonny Corinthos’ (Maurice Benard) enforcer at the time and had been sent to take out “Jake Doe” (Billy Miller) who Sonny had thought was an enemy at the time. But Nikolas Cassadine (now Marcus Coloma) had also sent a hit man – to kill Hayden! Shawn has to prove who did shoot her in order to prove that he didn’t!

General Hospital viewers will recall that during the time all this happened with Jordan, Jax was in Nixon Falls, Pennsylvania helping Nina Reeves, (Cynthia Watros) Phyllis Caulfield, (Joyce Guy) and Sonny Corinthos (Maurice Benard) out of danger!

Peter August (Wes Ramsey) had tied up Nina and Phyllis inside the Tan-O and set it on fire – Sonny helped him get the women out but then got trapped himself. He made it out, though, as General Hospital viewers will recall – with his memories returned! So now, that Jax is back in Port Charles, Shawn sets up a meeting so that he can talk to Jax about the Hayden Barnes case.

General Hospital viewers will recall that when Nikolas first came back to Port Charles, Hayden was with him, and Jax was shielding them in his house until the right time came for Nikolas to reveal himself alive. This was also in the couple of months before her daughter with Hamilton Finn, (Michael Easton) Violet Finn (Jophielle Love) was revealed. Considering that Jax knew where Hayden and Nikolas were much of the time they were in Europe previous to arriving in Port Charles, Shawn updates him on the investigation and hopes he can give him some leads!