The Young And The Restless (Y&R) Spoilers: Billy Is A Vindicated Viper 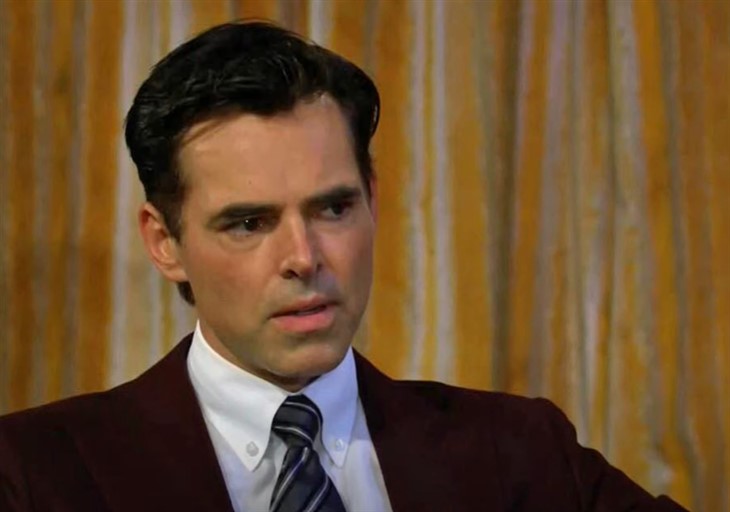 But Billy is not being given credit for his instincts. Instead, Victoria Newman (Amelia Heinle) stubbornly refuses to admit that the father of two of her children is right. And the great Victor Newman (Eric Braeden) is covering for Ashland because he sees him as part of the business mogul club.

The Young And The Restless Spoilers – Ashland Locke’s Slow Burn

Ashland, or as he can also be referred to, Bobby Defranco, appears to be using a strategy. Victoria’s senses are numbed. So, if he can slowly roll out his many offenses, his wife might digest them individually.

Victoria is in love with Ashland and has not stopped the wedding plans. That choice is connected to her emotions, but also and possibly equally, to her feelings about the merger.

Victoria initially pushed Vashland’s business connection. She proposed the merger as a way for Ashland to ensure his legacy and to overcome concerns related to his mortality due to the cancer diagnosis. So, Victoria is professionally and personally invested in Ashland.

Assuming the nuptials cross the goal line, which is teased to happen, also means that Victoria’s public persona will be tied to Ashland keeping his Defranco era backstory buried. It would seem plausible that Ashland could face legal challenges if Billy can prove that he defrauded Camilla Rhodes (no actor’s name known for this retrospective role) after she died by seizing her assets.

Newman-Locke could soon be facing investigation on a scale that has not been seen since Christine Williams (Lauralee Bell), Paul Williams (Doug Davidson), and Rey Rosales (Jordi Vilasuso) tried and failed to nail Victor for illegal financial dealings. No evidence was found, which does not mean that he was or is innocent. The Moustache could not be proven guilty.

The Young And The Restless Spoilers: Phyllis Drama Erupts – Nick Or Jack?https://t.co/PHgDzJpUPs

Ashland appears to have gained the most powerful ally in Genoa City, Wisconsin, and one of the leading power brokers in the daytime world. Victor paid off Jesse Gaines (Jamison Jones), which indicates that whatever Billy unearths will not be enough to send Ashland to jail.

However, there is one person who could turn on Ashland if she wants to. Yes, Burgi’s character knows that Victoria holds the key to his heart and how he lives whatever amount of time remains on this earth.

The last sentence implies that Ashland is telling the truth about his cancer diagnosis. If he is not, that is one plot point that could provoke Victoria’s wrath.