Days Of Our Lives (DOOL) Spoilers: Ava And Gabi Face Off – Catfight! 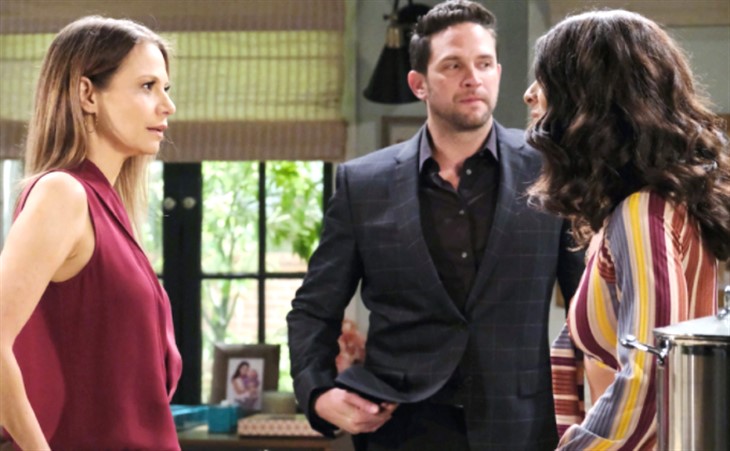 Days of Our Lives (DOOL) spoilers tease that Ava Vitali (Tamara Braun) and Gabi Hernandez (Camila Banus) will face off in an upcoming episode of Days of Our Lives, and the claws come out for a catfight!

Days of Our Lives viewers will recall from recent episodes of Days of Our Lives that Gabi figured out that Ava had been plotting with Philip Kiriakis (Jay Kenneth Johnson) and gave some dirt to Philip on Jake DiMera (Brandon Barash). Ava had been trying to get rid of the bossy and intrusive Gabi, who would like nothing better than to come between her and her lover Rafe Hernandez (Galen Gering) because Gabi doesn’t approve of Ava for her brother. In the meantime, Gabi and Jake had been trying to unseat Philip from Titan Industries, so Gabi could get her company, Gabi Chic back. They had hoped to move in on Titan and start running it, as Days of Our Lives viewers will recall.

Jake explained that he and Carmine had been sent to collect money from a bar owner but it was Carmine that beat the man to death, Jake had tried to get him to stop! But he had no proof to defend himself with and could still be charged as an accessory to murder after the fact!

Days of Our Lives viewers will recall that Rafe, Ava, Jake and Gabi all live in the same house, and there is lots of friction because of it! Rafe is aware of the friction between his girlfriend and his sister and has tried to keep the peace, but Gabi is always stirring something up! Days of Our Lives viewers will see Gabi pretend to Rafe that she wants peace between herself and Ava as well, and the two of them are left alone to work things out with each other.

But anything but peace is made between the two, with Gabi ripping into Ava over exposing Jake’s past to Philip! As far as Gabi is concerned, Ava’s actions prove to her that Ava is still a criminal, no redemption has happened, and most importantly, she’s bad news for Rafe and Gabi is going to prove it to him! Ava claps back with her intentions to take over Gabi Chic, and that makes Gabi even madder! Much will be made of Rafe’s position as Salem Police Commissioner and Ava being a Mafia princess, and Gabi won’t stop until her brother gives Ava the boot!