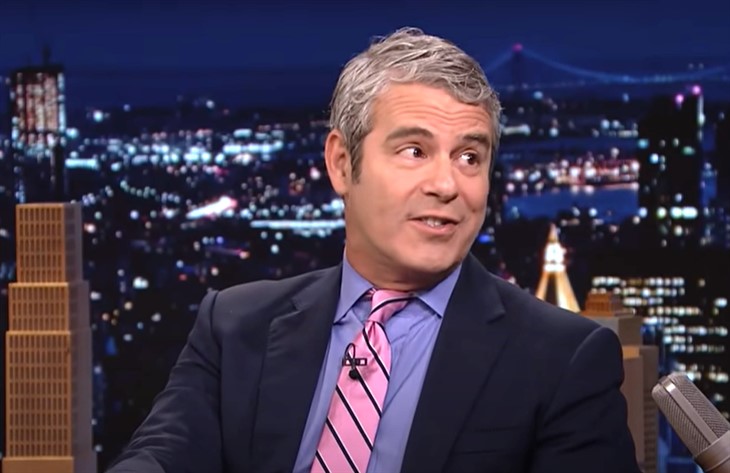 Watch What Happens Live With Andy Cohen (WWHL) spoilers show fans adore Andy’s son, Ben. Now going on three years old, he’s a good-looking kid and very cute, Bravo fans agree. Well, the little boy is used to hanging with the rich and famous, and this week he visited the Clubhouse where so many interesting bits of Real Housewives memorabilia are displayed.

Real Housewives fans often laugh about the contents of the memorabilia in the Watch What Happens Live Clubhouse. If you don’t know, there’s a secret door into a rather select room where sometimes, the stars of Real Housewives chat. Naturally, they share secrets there as well. Well, inside, the shelving displays memorabilia and other items from the franchise. Andy Cohen keeps them as special mementos.

WWHL fans saw from Andy’s Instagram, that his son Ben visited the Clubhouse. Actually, the cute little guy seemed very at home with stars and mega-stars that his dad works with. In fact, he calls Kelly Ripa “MeMaw,” and sometimes visits with Mark Consuelos. Probably, all of the various Real Housewives stars met him over the past three years or so. But, which one might be his favorite in the Clubhouse collection?

Taste of Reality reminds fans about some of the top pieces on display in Andy Cohen’s collection. They include Tamra Judge’s last set of implants. Plus, the stuffed bunny that Lisa Rinna gave Kim Richards sits there looking a bit forlorn. Other items include Dorit Kemsley’s ball gag. Then there’s, “The scepter and bullhorn that caused the infamous fight between Kenya Moore and Porsha Williams during the season 6 RHOA reunion.” Additionally, there’s the photo of Lisa Vanderpump’s beloved dog, Jiggy, and more.

This week, the host of WWHL took Ben along to the Clubhouse. As Ben pointed at the collection, @meetamyphillips asked, “What is Ben’s favorite thing in the club house?” Fans instantly joined in the speculation. One of them thought he pointed at the toy truck. Meanwhile, another follower wrote, “hopefully the bunny! 🐇” A few of them wondered if the savvy kid pointed at the infamous breast implants. Mind you, fans also noticed the picture of “the St. Louis sign…(go Cardinals!)“

Justin Bieber Reveals He Felt Anxious Returning To The Stage After A Three-Year Absencehttps://t.co/Vu3O2ja3ya

Andy Cohen (WWHL) Spoilers – Watch What Happens Live With Andy Cohen – What Might Bens Favorite Be? 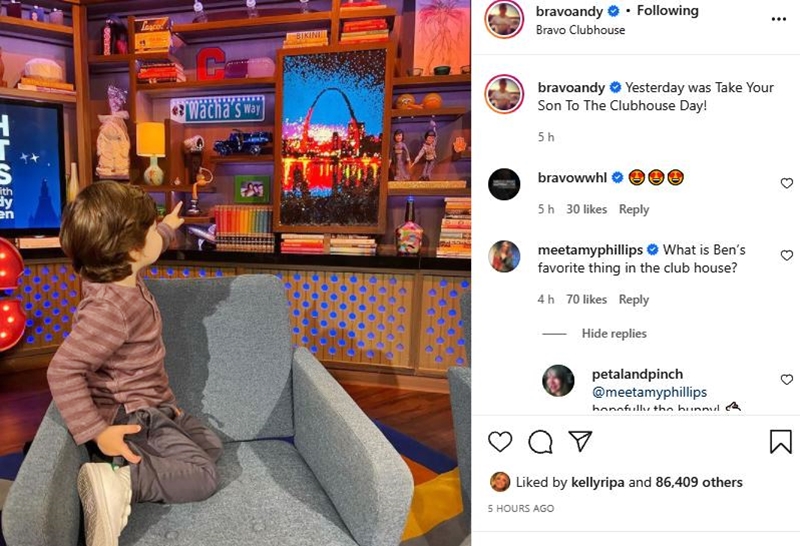 Unfortunately, Andy didn’t reveal Ben’s favorite in the Clubhouse. So for now, fans enjoy guessing and posting their thoughts about it. Which one do you think he likes the most? Sound off your thoughts in the comments below.

Be sure to catch up on everything happening with WWHL right now. Come back here often for more Watch What Happens Live With Andy Cohen and Real Housewives spoilers, news, and updates.