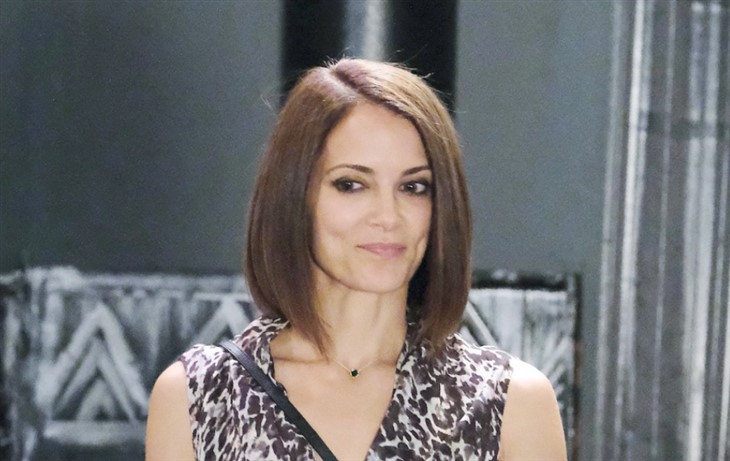 General Hospital spoilers indicate that Hayden Barnes’s (ex-Rebecca Budig) return to Port Charles may have been scrapped because fans are supporting Liz Baldwin (Rebecca Herbst) and Hamilton Finn (Michael Easton). It seems that fans of Finn and Hayden will have to wait longer still for their favorite couple if they ever reunite.

General Hospital’s Hayden simply disappeared after Nikolas Cassadine (Marcus Coloma) ran her out of town. No one has heard anything from Hayden for months. However, it was eluded to that Victor Cassadine (Charles Shaughnessy) could have had something to do with her disappearance. At one time, it was thought that Hayden might be found on Cassadine island with the rest of the hostages. Unfortunately, it seems that plans have changed on that front. Some rumors suggest that a contract agreement could not be reached between Budig and ABC executives. Perhaps Budig is upset over her first run on General Hospital. After all, wasn’t Budig rumored to have signed on for four years before?

General Hospital’s Liz has stepped up as an aunt and has helped Violet Barnes (Jophielle Love) tremendously. Violet didn’t know that she had any family besides her mother when they came to Port Charles. However, once Hayden disappeared, Liz helped Finn with everything that Violet has needed including her t-ball practices and snacks. Finn has a lot to learn about kids and Liz has three boys. Liz also helped Finn save his brother Harrison Chase’s (Josh Swickard) life. Liz was also instrumental in proving that Finn was indeed Chase’s brother and not his father. Liz and Finn figured out that Cyrus Renault (Jeff Kober) was behind the paternity switch. Liz has been a very big help to Finn and they have grown close because of it.

GH Spoilers: Sonny And Carly Sleep Together, Trying To Remove Nina From His Head?https://t.co/6r0Zo1TRTd

General Hospital’s Finn and Liz are doctor and nurse. Both Finn and Liz work at the same hospital. Finn and Liz have children that are related and get along very well. Liz has helped Finn with his research when needed. Liz and Finn are making a family whether they meant to or not. Fans are behind Finn and Liz as a couple. After all, Liz recently lost her husband. Finn has supported Liz through her grief and given her a purpose in life. Liz helped Finn deal with losing Anna Devane (Finola Hughes) and the fallout from that as well. Should they see where else this relationship can go?

Liz and Finn are friends and could do well as lovers. Are the powers that be moving on in that direction?