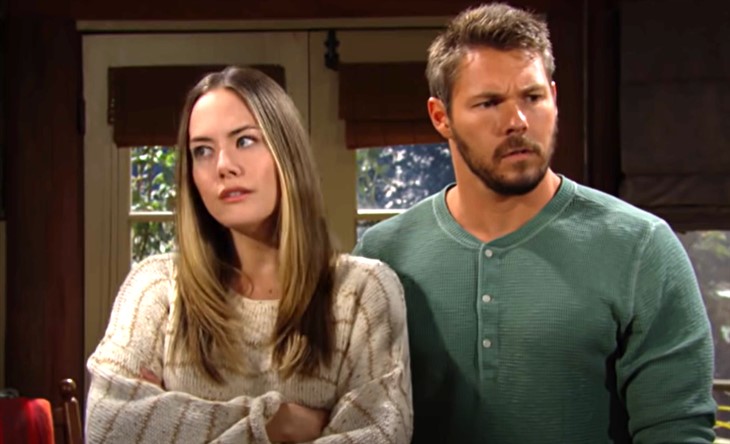 The Bold And The Beautiful Spoilers indicate that as much as Liam Spencer (Scott Clifton) and Hope Spencer (Annika Noelle) love each other, they are about to clash over a big decision. Will Liam’s overbearing attitude push Hope into another man’s arms?

The Bold And The Beautiful’s Hope has been writing to her father, Deacon Sharpe (Sean Kanan) in prison and even invited him to come to see her. Unfortunately, Hope’s reunion with her father was cut short because not only Brooke Forrester (Katherine Kelly Lang) and Ridge Forrester (Thorsten Kaye) showed up but so did Liam.

The Bold And The Beautiful (B&B) Spoilers: Katie’s Back With Bill Again?

Both Hope and her father felt attacked by the three of them. Hope wants to get to know her father now. Liam is repeating everything that Brook and Ridge have had to say about Deacon. Hope feels horrible as her father is attacked by the three of them in her defense. In all honesty, Hope does not want to be defended. Hope doesn’t want people to order her away from her father. Hope simply wants to get to know the man that helped give her life.

The Bold And The Beautiful’s Liam is furious that Hope not only invited her father to their home but wants him to meet their daughter. Liam refuses to allow Deacon to be near their child. Hope may feel that she can trust Deacon but Liam refuses to allow him to get close to his daughter. Liam doesn’t trust Deacon because of all the stories he has heard about him as well as what he has witnessed. Hope is determined to get to know her father and she’s isn’t about to let Liam or anyone else stop her.

The Bold And The Beautiful’s Hope could very easily bond with John “Finn” Finnegan over this. Finn wants to believe that his mother has changed as well. Finn wants to get to know Shelia Carter (Kimberlin Brown) and no one believes she has changed either. Is Liam being the voice of reason when it comes to Deacon? Are Brook and Ridge right or just trying to control everyone’s lives? Is Deacon out to get what he can from Hope before walking out of her life again?

The Bold And The Beautiful Spoilers: Will Hope Unravel When Thomas Finds A New Love? https://t.co/H8tY0huMd0 #BoldTheBeautiful #Spoilers #BB pic.twitter.com/8cs04nFTVI

Deacon has already partnered up with Sheila which could mean nothing but trouble. Will Deacon and Sheila work together to stop their enemies? Could Finn and Hope become casualties of their parent’s alliance?