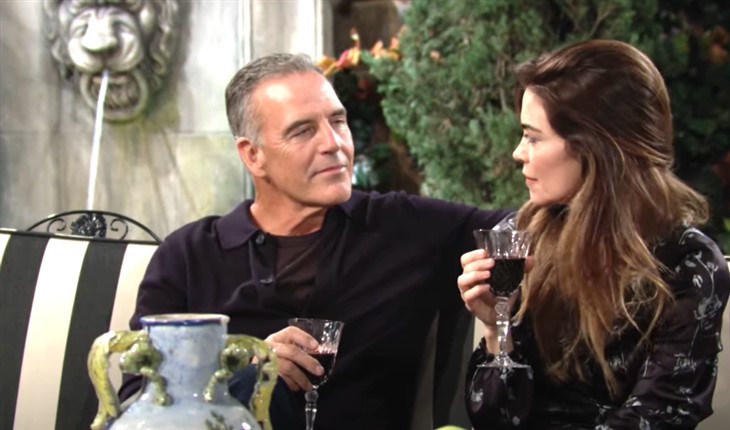 The two became so close they got matching tattoos on the same legs, and when they were in a car accident and the real Ashland burned up in the car, Bobby had to make a split second decision and swapped wallets, after having tried to free his friend who apparently was already dead, pinned behind the wheel. The dead person was identified as Bobby while Bobby kept Ashland’s job interview with Camilla Rhodes (mentioned character). Victoria and her brother Nick Newman (Joshua Morrow) had a falling out over his digging up this information from Locke’s past.

Viewers of The Young and The Restless will recall that Locke’ss blackmailer, Jesse Gaines (Jamison Jones) is one of those “holes”. Victor Newman (Eric Braeden) had paid Gaines off, but he managed to elude the security detail Victor put on him! There’s still that letter from Camilla that Gaines has that shows she didn’t want to leave NuAshland any of her money – she had directed it should go to possibly dishonest charities, among them a cat sanctuary.

That has been the thing he’s been paying Gaines off about all these years. He told Victoria about it too, and worries if she still wants to marry him in spite of all that! As viewers of The Young and The Restless will also recall, Victoria has assured him she just wants to focus on them and their love. She is also concerned about how a sudden breakup would affect their company merger, and when she had talked to her mother, Nikki Newman (Melody Thomas Scott) about it, she urged her to think about herself and not just the company. But Victoria wants to forge ahead with the wedding and tells Ashland not to worry!

Y&R Spoilers – Ashland Locke Is Still Scared After Being Reassured

Viewers of The Young and The Restless know that Locke has been in treatment for lung cancer, and after Victoria leaves, he has some trouble breathing! However, this is probably just a mild panic attack because he finds out that not only has Billy Abbott (Jason Thompson) arrived, at Victoria’s invitation no less, but he’s brought a guest – and figures it’s Gaines! Ashland’s assumption is correct – Billy has come to Tuscany and brought Gaines with him!

Locke isn’t up for a public humiliation by Billy and Gaines exposing him in front of all the wedding guests, and it makes him very nervous! But he can be assured that Victor will intervene and not let Billy and Gaines have a platform to interrupt the wedding, which will happen this week on The Young and The Restless!