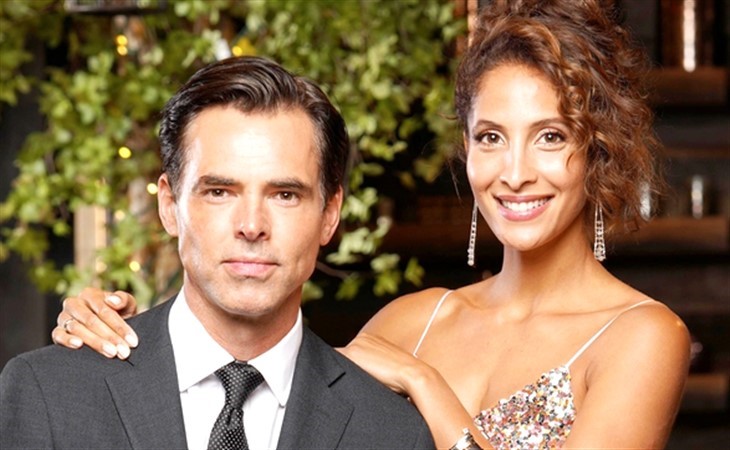 The Young and the Restless (Y&R) spoilers document that Tuscany, Italy, is the setting of the controversial Vashland wedding. But Victoria Newman’s (Amelia Heinle) concerns about her fiance are not deterring the progress other ladies are making.

Phyllis Summers (Michelle Stafford) had to recently handle Jack Abbott’s (Peter Bergman) trip down nostalgia lane. But she has not wavered in her belief that Nick Newman (Joshua Morrow) is once again her destiny. Yes, Phick has momentum.

Elena Dawson (Brytni Sarpy) and to a different extent, Sally Spectra (Courtney Hope), is feeling upbeat in Italy as well.

The Young And The Restless Spoilers – Phick Is Solid, But Not Sold

There is no doubt that Phyllis and Nick love each other. The existence of their daughter, Summer Newman Abbott (Hunter King), places this connection in the permanent couple’s file on Y&R.

As for the latest reboot of this pairing, Phyllis pushed for it to happen. As hardcore viewers recall, Nick was not on board to start. But he has come around.

However, Nick is not fully secure. He has been questioning Phyllis’ long-term intentions. Does she just want to be a significant other, with whatever that intentionally subjective term means, or his again wife?

Elena never expected to be in such a gorgeous setting. But Nate Hastings’ (Sean Dominic) surprise place as Ashland Locke’s (Richard Burgi) best man put Nelena in an atmosphere that is intended to promote love.

Nate and Elena came from whatever her connection with Devon Hamilton (Bryton James) was. Nelena has made steady progress in recent months and projects to an engagement this fall or possibly during the holidays.

The Young And The Restless Spoilers – Sally Spectra Schemes And Dreams

Adam Newman (Mark Grossman) knows that Sally is into him. She likes the access he provides to upward mobility in Genoa City, Wisconsin.

Jack was her ticket to ride until he closed the daytime door on erratic immaturity. Sally appeared to care for Bergman’s character, but could not sustain stability for more than a few days.

Adam appears to be more Sally’s speed. His reformation provides a positive example to follow, with Hope’s character taking and implementing some offered advice.

Both people know that they are prone to veer off-track, which seems to be the starting point which will allow this duo to become a couple. The Vashland wedding is the latest opportunity for bonding time, with Ally’s flirtation continuing.